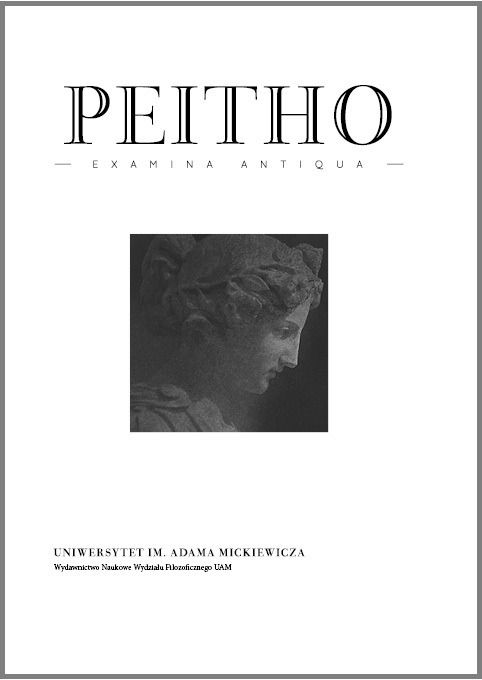 The label idios apodeixis/logos «particular (personal, original) demonstration or argument» of Gorgias is known to us only from the third section of the little work attributed to Aristotle under the title De Melisso, Xenophane, Gorgia. Its authenticity seems to be unjustly questioned. We try to show that from the Aristotelian perspective we can properly understand the context of Gorgias’ own argument from his lost treatise On Not-Being or On Nature. Parmenides – using implicitly the polysemy of the verb ἔστιν/εἶναι – presented a certain ontological argument «being is, because being is being». Gorgias, however, makes a parody of this by offering a meontological argument: «not-being is because not-being is not-being». Consequently Gorgias then attempts to demonstrate, by means of refutation, that «it is not either to be or not be», i.e. «nothing is». We propose, thus, a reconstruction of Gorgias’ account of meonological and nihilistic argumentation. In this context we find in Plato’s Sophist and in Aristotle’s writings certain allusions to Gorgias’ idios apodeixis, which have not been sufficiently recognized and properly interpreted.

Peitho provides immediate open access to its content on the principle that making research freely available to the public supports a greater global exchange of knowledge.