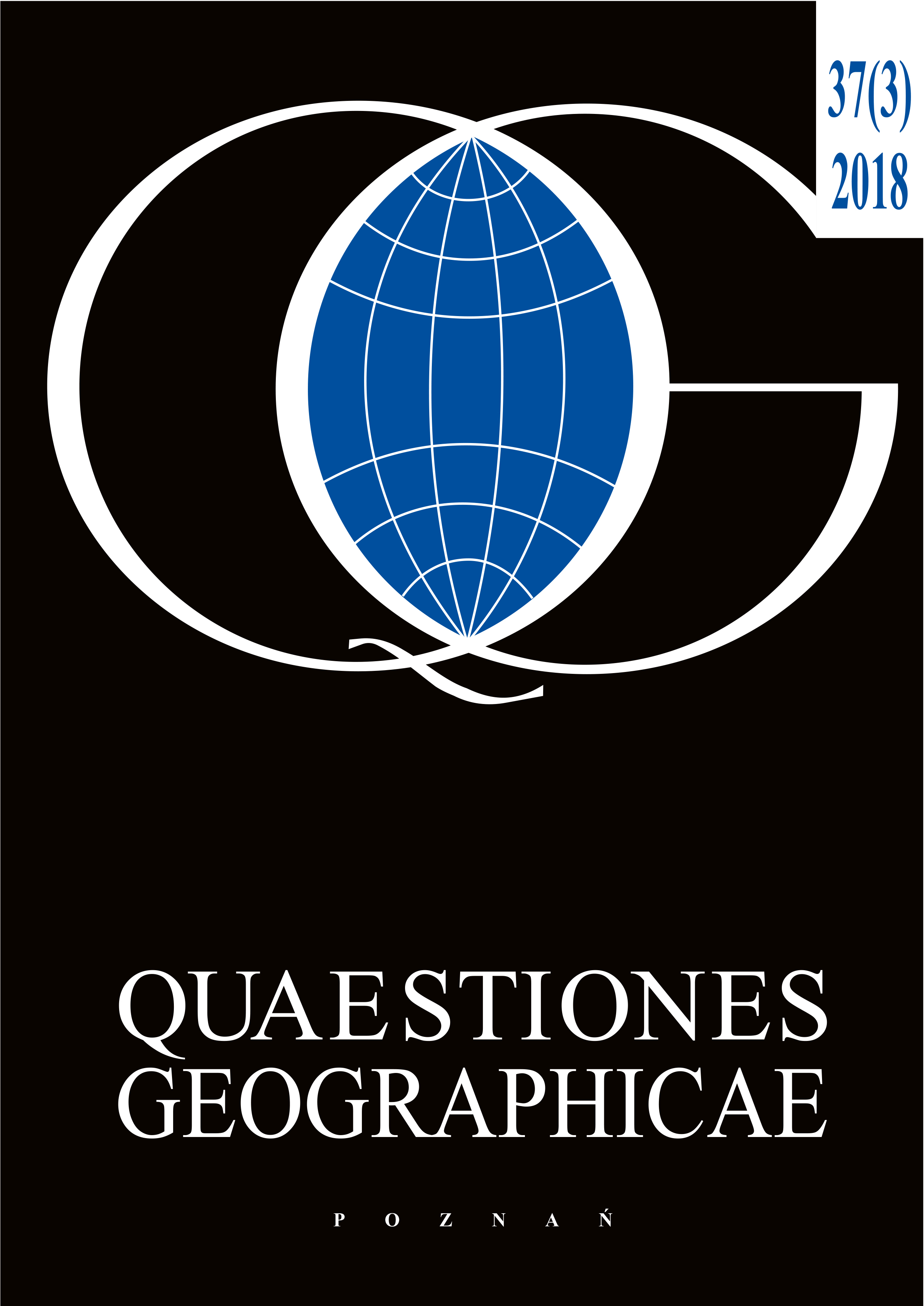 The Padma river is widely known for its dynamic and disastrous behaviour, and the river has been experiencing intense and frequent bank erosion and deposition leading to the changes and shifting of bank line. In this paper, a time series of Landsat satellite imagery MSS, TM and OLI and TIRS images and are used to detect river bank erosion-accretion and bank line shifting during the study period 1975-2015. This study exhibits a drastic increase of erosion and accretion of land along the Padma river. The results show that from 1975 to 2015, the total amount of river bank erosion is 49,951 ha of land, at a rate of 1,249 ha a−1 and the total amount of accretion is 83,333 ha of land, at a rate of 2,083 ha a−1. Throughout the monitoring period, erosion-accretion was more pronounced in the right part of the river and bank line had been shifting towards the southern direction. The paper also reveals that the total area of islands had been increased significantly, in 2015 there was about 50,967 ha of island area increased from 20,533 ha of island area in 1975, and the results evidence consistency of sedimentation in the river bed.