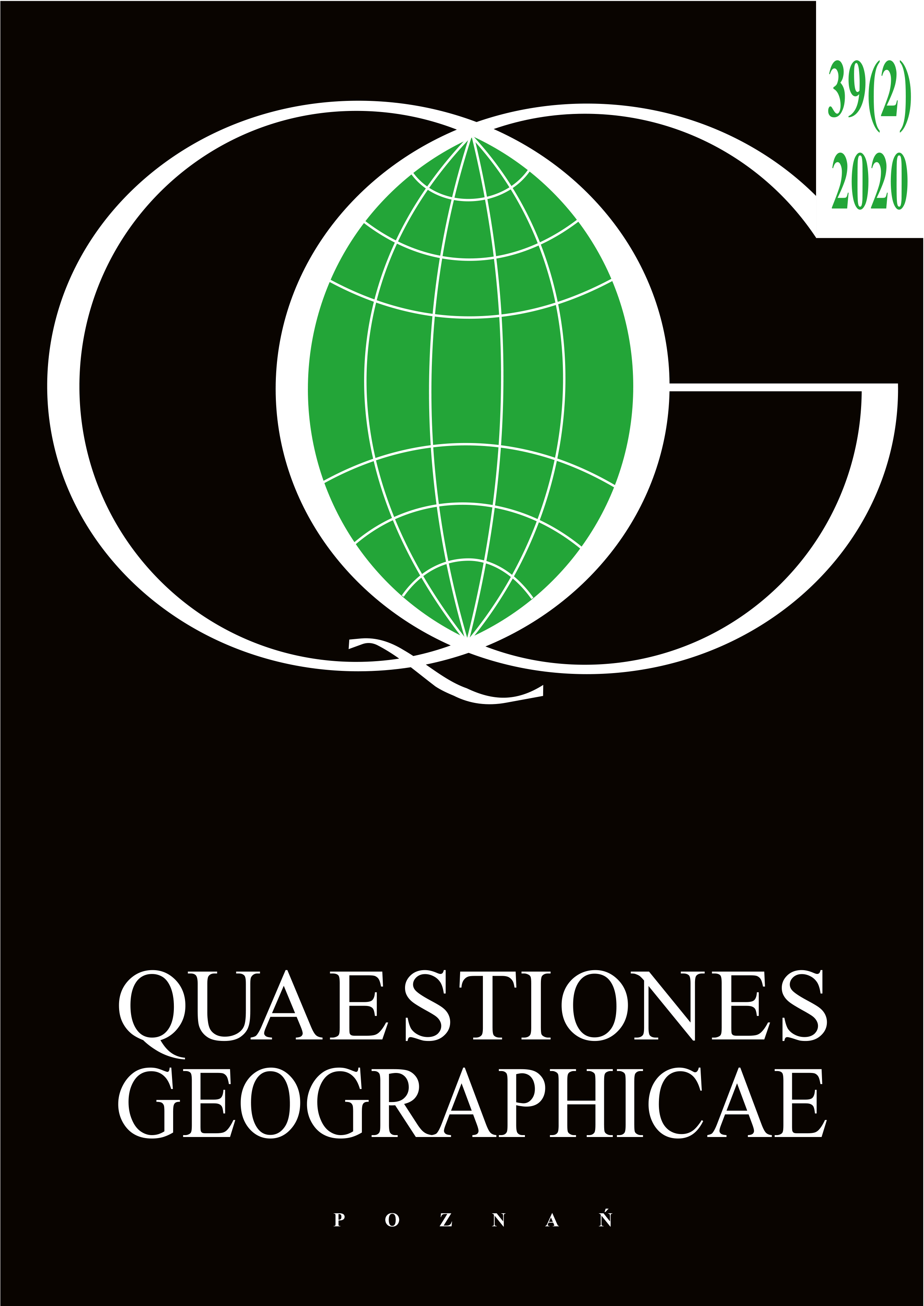 The aim of the research was to define the scale and directions of transformation of the selected forms of land cover in the surroundings of the intra-urban areas of the Tri-city Agglomeration (Poland), combined with simultaneous testing of the usefulness of the index of convergence of structures for analysing changes in the structure of land use. The analysis was made on the basis of data from topographic maps on a scale of 1:10,000 and digital data from BDOT10k for a period of 28 years. In the areas of major changes, the scale and directions of changes between particular types of land cover were determined. Negative natural effects expressed, among other things, by the deteriorating proportion between the biologically active and built-up areas were indicated.