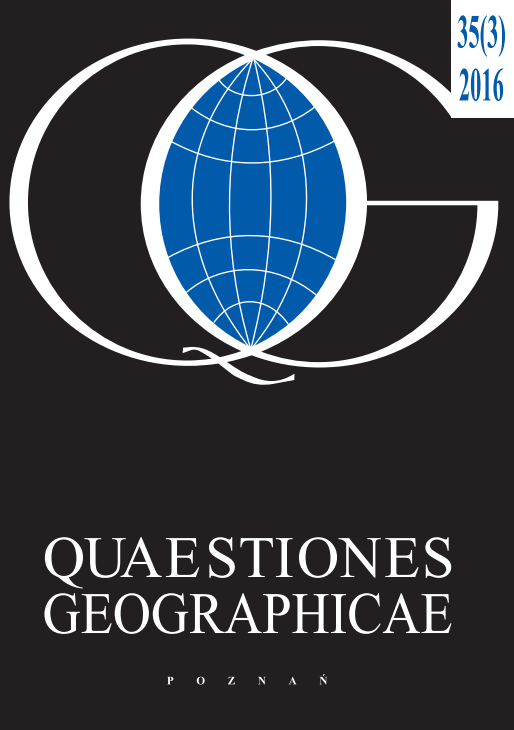 The role of image classification based on multi-source, multi-temporal and multi-resolution remote sensed data is on the rise in the environmental studies due to the availability of new satellite sensors, easier access to aerial orthoimages and the automation of image analysis algorithms. The remote sensing technology provides accurate information on the spatial and temporal distribution of land use and land cover (LULC) classes. The presented study focuses on LULC change dynamics (especially secondary forest succession) that occurred between 1974 and 2010 in the Błędów Desert (an area of approx. 1210 ha; a unique refuge habitat – NATURA 2000; South Poland). The methods included: photointerpretation and on screen digitalization of KH-9 CORONA (1974), aerial orthoimages (2009) and satellite images (LANDSAT 7 ETM+, 1999 and BlackBridge – RapidEye, 2010) and GIS spatial analyses. The results of the study have confirmed the high dynamic of the overgrowth process of the Błędów Desert by secondary forest and shrub vegetation. The bare soils covered 19.3% of the desert area in 1974, the initial vegetation and bush correspondingly 23.1% and 30.5%. In the years 2009/2010 the mentioned classes contained: the bare soils approx. 1.1%, the initial vegetation– 8.7% and bush – 15.8%. The performed classifications and GIS analyses confirmed a continuous increase in the area covered by forests, from 11.6% (KH-9) up to 24.2%, about 25 years later (LANDSAT 7) and in the following 11 years, has shown an increase up to 35.7% (RapidEye 2010).