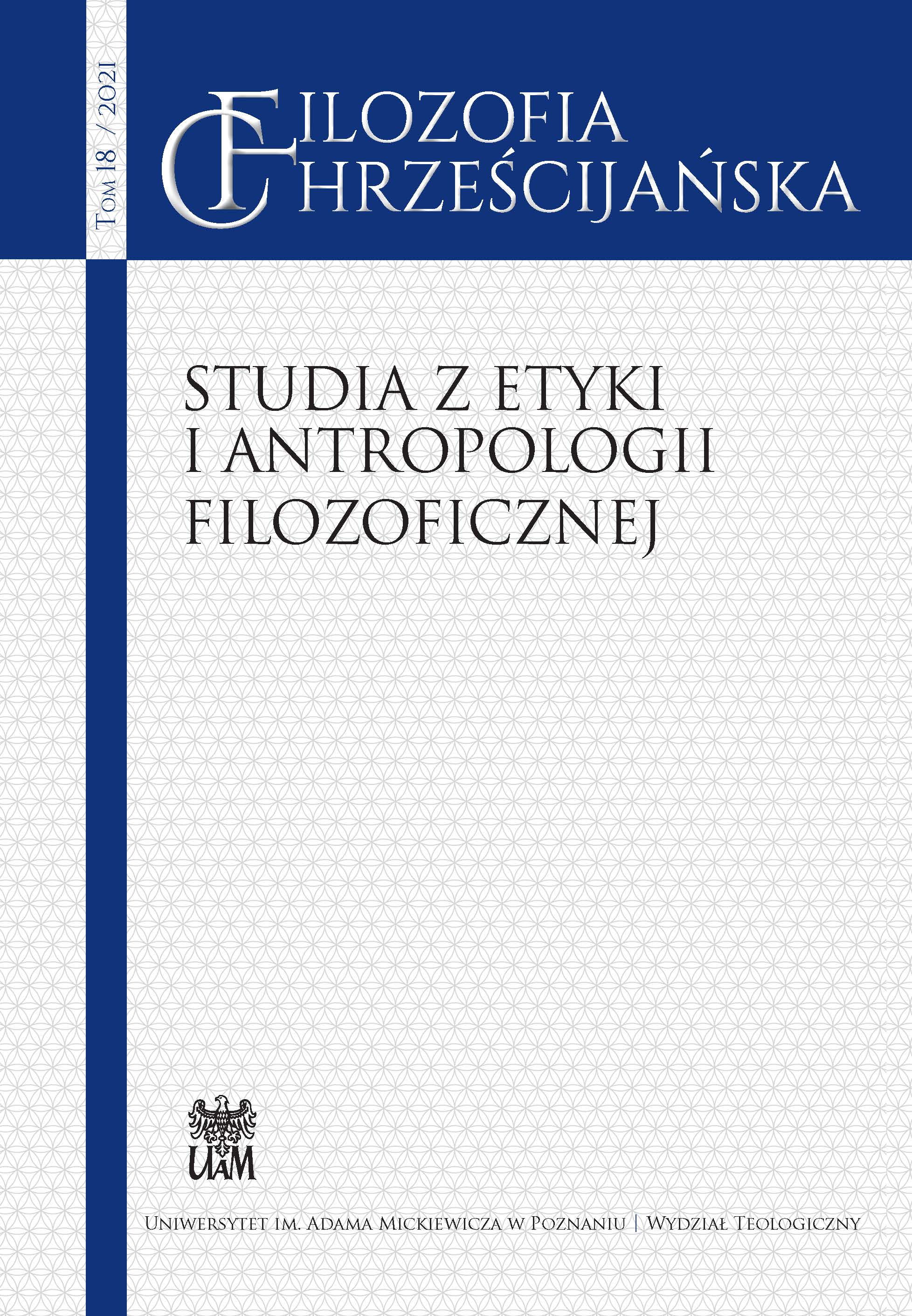 In this article, I present a proposal to study Christian philosophy understood as a research tradition from the perspective of the sociology of philosophy. For a sociologist of philosophy, Christian philosophy is a specific empirical phenomenon that we can learn by discovering the mechanisms of its functioning. The article focuses on the issue of accepting the image of the world that defines the identity of Christian philosophy. The task of the sociology of philosophy is to discover the mechanisms that influence the context of acceptance of this image of the world. The sociology of philosophy distances itself from assessing the truth or falsehood of the content of theses advocated by individual philosophers. Although each philosophy develops according to the principles of the so-called immanent logic, it is, however, certain social and psychological factors that influence what a given philosopher accepts as obvious and beyond discussion. In the article, I showed that the acceptance of the image of the world is a consequence of upbringing that takes place in a specific social group (e.g. family, school) which shares certain axiological ideas and descriptive beliefs. Thanks to the upbringing, in the future student of philosophy, who always remains a child of his time and culture, the mental and emotional ground is prepared for the acceptance of an already more speculative image of the world, which the adept gets acquainted with during professional university studies (philosophy or theology) under the supervision of recognized by him authorities. The mind, shaped by specific educational processes, is able to carry out a personal and holistic act of epistemic faith in a specific picture of the world that is given to it through theories and educational practice. Acceptance and involvement in the image of the world enables the formulation of specific argumentation strategies within it, the task of which is (i) explication, (ii) explanation and (iii) justification of the objective consequences of the image of the world. We adopt argumentative practices through training, we learn them both orally and in writing, of course under the supervision of those who have practically tried these arguments themselves. The student simply believes teachers and textbooks. Up to a certain point, this belief is rational. The image of the world as a whole, consisting of content-descriptive and normative beliefs, is not subject to any final rational justification. The accepted theses are assigned a different epistemological status; from theses endowed with unconditional obviousness, the correlate of which is not only subjective experience, but also objective reality, to those that can be subjected to a more or less creative revision by means of various kinds of interpretative procedures. No picture of the world is ultimately captivating. It is always possible to change the image of the world to a different one that better suits our intellectual needs and emotional sensitivity. This change takes the form of a specific conversion in certain situations.