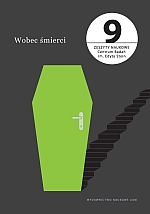 Stoicism is considered to be a philosophy of wisdom. Conceived in theGreco-Roman Antiquity, this philosophy constitutes a reference for many thinkers andwriters. Chantal Delsol, a French philosopher and anthropologist, integrates Stoicism into the European reasoning about death. This is nothing astonishing – Stoicism is especiallyconcerned with the idea of death. Stoic spiritual techniques teach one how to surmount thefear of death. But, curiously, these spiritual exercises also risk teaching one how to scorn life. Emil Cioran, a Romanian writer, seeks „the Stoic therapy” through Marcus Aurelius’snotes. But, fi nally, he falls into the existential and European confl ict between desire andindifference, between engagement and renouncement, between identity and nothingness,and between suffering and destruction. His confl ict comes from two different visions ofdeath, the fi rst is a Stoic one, and the second is a monotheistic belief in eternity. ChantalDelsol recalls a contrasting concept, i.e. that the fear of death is only an illusion for Socrates– the Stoic master – and for Christ it is a real and painful passage to his eternal Father