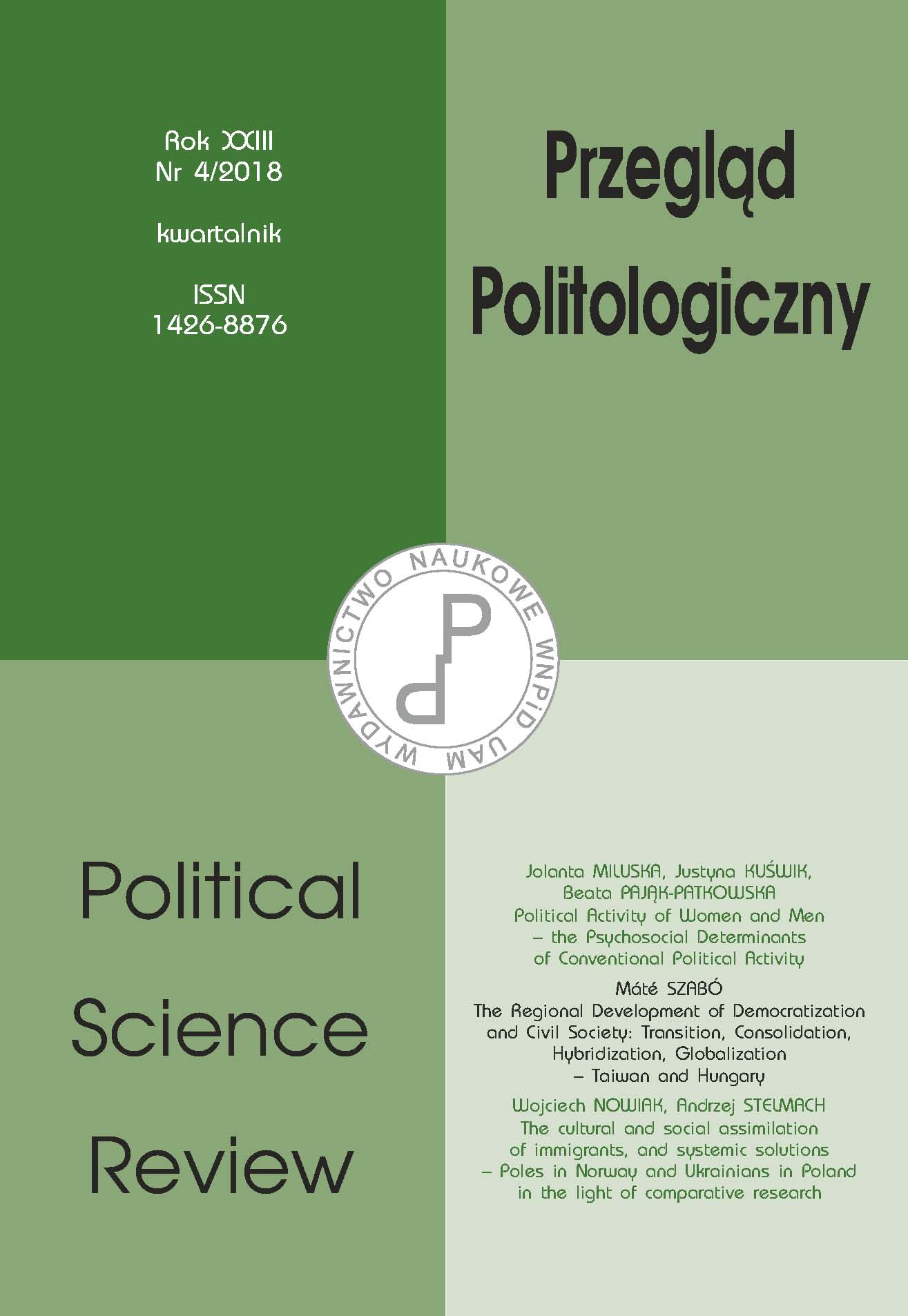 Different starting points, similar processes and different outcomes can be identified when comparing East Central Europe and East and South Asia. The two regions face similar global challenges, follow regional patterns of democratization and face crises. In communist times, East Central Europe was economically marginalized in the world economy, while some parts of Asia integrated well in the global economy under authoritarian rule. Europeanization and a favorable external environment encouraged the former communist countries to opt for the Western-style rule of law and democracy. Different external factors helped the Third Wave democracies in Asia, especially South Korea and Taiwan, which benefited from the support of the United States and other global economic, military and cultural partnerships to develop their human rights culture and democracy while facing their totalitarian counterparts, namely the People’s Republic of China and North Korea. The very different positions Taiwan and Hungary have in their respective regions follow from the different capacities of their transformation management since 1988-1989. Taiwan preserved its leading role and stable democracy despite the threat to its sovereignty from the People’s Republic of China. Hungary never had such an influential and problematic neighbor and was ensured security and welfare partnership by the European Union, which Taiwan lacked. While Taiwan was less secure, economic and social conditions were more favorable for democratization than those in Hungary. Hungary, in turn, held a leading position in democratization processes in the period of post-communist transition which was lost during the crisis and conflicts of the last decade (after 2006 and especially since 2010). Despite the fact that liberalization prepared the way for peaceful transition in both countries and resulted in similar processes of democratic consolidation in the 1990s, Hungary joined the ‘loser’ group in its region, whereas Taiwan is among the top ‘winning’ countries in its region. Taiwan at the moment is starting comprehensive reform processes toward enhanced democracy, civil rights and the rule of law, and Hungarian development is criticized by many external and internal analysts as straying from the path of European-style consolidated democracies towards illiberal trends and hybridization. Western global concepts of democratization may help to identify similarities and differences, and compare stronger and weaker factors in the democratic transitions in Asia and Europe within the Third Wave democracies.

Professor of political science of the University Eötvös Loránd, Faculty of State and Law, Institute of the Political Science, Budapest, Hungary. He was a research fellow of the in Germany on many universities, the Netherlands Institute of the Advanced Studies, Wassenaar, and of the European University Institute, Florence, Italy. Guest professor in Hamburg (Germany), Tampere (Finland), Taipei (Taiwan) at the departements of political science. He is specialized in civil society, social movements and political protest and theory of law, politics and human rights as well. He published more than 300 scientific contribution in Hungarian, English and German. He was elected by the Hungarian parliament as ombudsman of Hungary, parliamentary commissioner for human rights for six year. He is currently a professor of political science at the University of Eötvös Loránd University of Law and Law. He visited Taiwan for scientifc exchange with the Soochow University Centre for Human Rights (Prof. Mab Huang, Shiow Duan Hawang) and carried out research there as well teaching 2013, 2015, 2016 appr 8 month. He was a research fellow of Institute of Advanced Studies Kőszeg (Hungary) in 2017 doing research on civil society and democratic transition in Taiwan and in Hungary, with special focus on the Control Yuan, he published on Taiwan in Hungarian and English as well. The end of this note is to be as follows. He was a research worker nstitute of Advanced Research Kőszeg (Hungary) in 2017, conducting research on civil society and change democratic in Taiwan and Hungary.