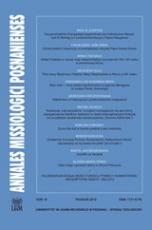 Since the arrival of Sacred Heart missionaries (MSC) on Matupit island, an offshore island of New Britain in the Bismarck archipelago of New Guinea on September 29,1882, the Divine Word Missionaries (SVD) at Madang on the Northern coast of mainland New Guinea on August 13, 1896 and the Marist missionaries (SM) on March 27, 1899 on the Shortland Islands, Northern Solomon, the people of New Guinea experienced an encounter with a new kind of agent of change. Different from the colonial government and merchants, they had a sustainable and lasting impact on the New Guineans in all four dimensions of its community: the social, economic, political and cultural. The Sacred Heart mission under the French bishop Louis Couppé ventured in the forefront, establishing mission stations with elementary schools and plantations. The main station Vunapope played an outstanding role with its huge concentration of institutions run by the foreign missionaries: the typical boarding and vocational schools, the orphanage, the workshops, the hospital, the formation institutions for local catechists and religious. The Holy Ghost Mission of the Divine Word Missionaries under the guidance of its first Apostolic Prefect, Father Eberhard Limbrock, a trained blacksmith from Westphalia, Germany and an experienced China missionary, established a chain of mission stations along the Northern coast of New Guinea mainland, from Madang up to the border of Dutch New Guinea. Similar to the MSC mission, the SVD mission developed plantations, established numerous workshops in the central station Alexishafen, built up mission schools and a health care system. The two Marist pioneers, Fathers Eugen Englert and Karl Flaus, German citizens, had mission experience from Fiji and brought a Samoan catechist along with whom they founded their headquarters at Poporang in the Shortland Islands. Up to 1904 the young mission was under the guidance of the Apostolic Vicar from Samoa, Bishop Pierre-Jean Broyer SM. Only then they got their own resident Apostolic Prefect, the Frenchman and Marist priest Fr. Joseph Forestier. In 1901 they established a mission station at Kieta on Bougainville Island, the highly populated main island of their mission territory in the Northern Solomon’s. All missionary congregations working in New Guinea brought their female branches along: the Daughters of Our Lady of the Sacred Heart, the Sisters Servants of the Holy Spirit (SSpS) and the Marist Sisters. Their contribution to the holistic evangelization approach of the Catholic mission is extremely felt in the field of education, the health system, and the vocational training of New Guinean girls and women. The establishment of mission stations with health care centers and schools under the guidance of foreign missionaries allowed the missionaries to exercise a special influence on the local people. Missionaries went regularly for pastoral visits into the hinterlands where they were guests of the local communities. This allowed each side to withdraw any time into their own respective communities while hosting at the same time the members of the other community. This was possible only when both sides interacted with each other and could build up mutual trust. That each side had their own interests in mind does not diminish the achievement of establishing of long-lasting contacts. The intensive study of the local cultures and languages by the missionaries proved the seriousness of the missionary attempts to build a serious relationship with the New Guineans. The same can be said for the local people who invited and hosted the missionaries into their communities, the local communities who sent their children to the mission schools, and the local workers who accepted to be employed and trained by missionary brothers, priests and sisters. They all had an important part in the realization of the missionary project – in education, vocational training and evangelization.