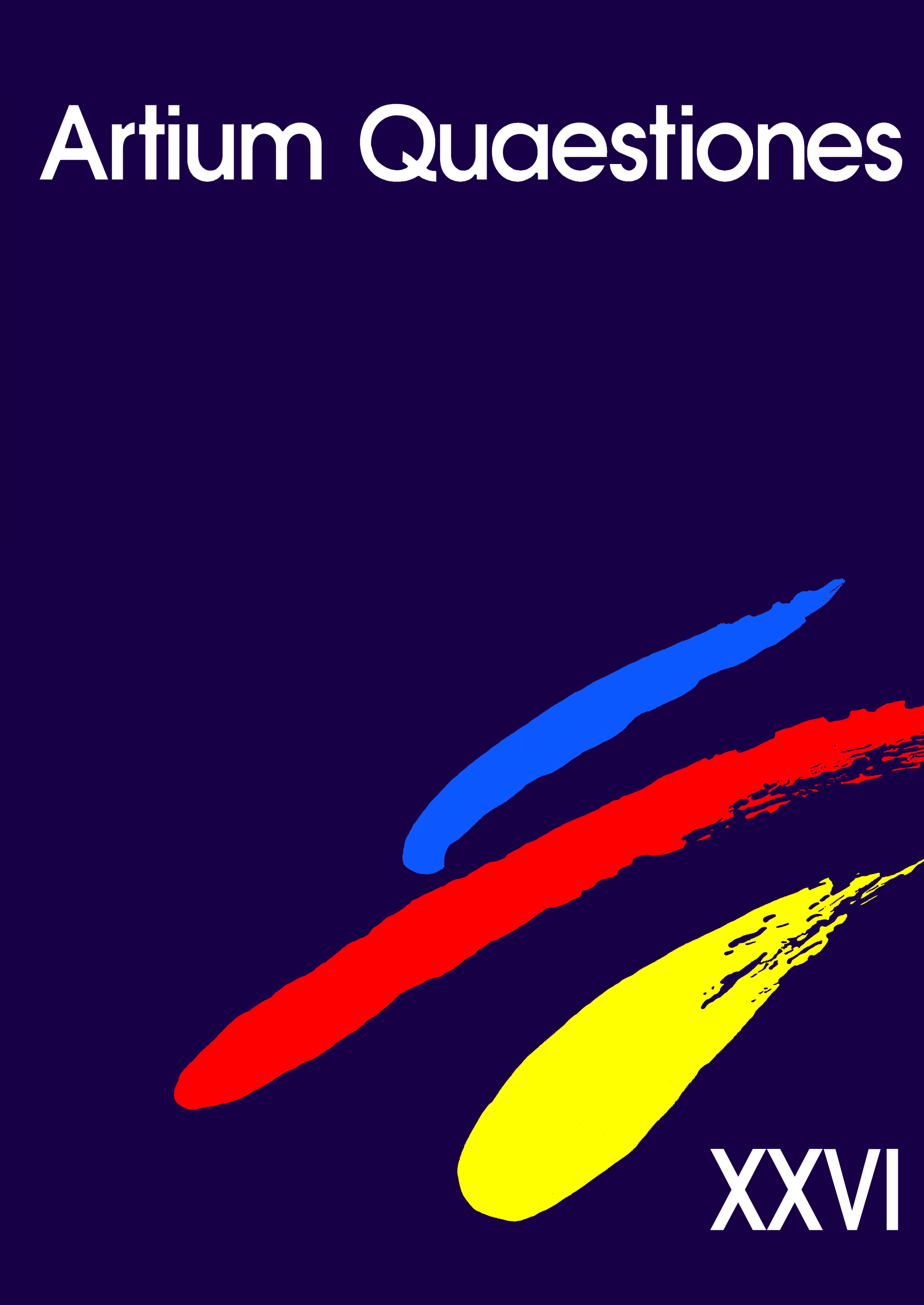 Artists’ studios turned into museums are always specific representations of the

past – spatial images reflecting some idea of art and the artist, as well as his or her

works, and even the position of the spectator imagined as a visitor, admirer, insider,

When a studio is shown through a film, its status of representation comes to the

foreground very distinctly just because of the properties of the medium. A filmic representation

of the studio is a result of combining images into a sequence, while individual

of the space of creation, thus making him or her follow a certain trajectory of meaning.

What is more, such a sequence does not have to be limited to the studio’s interior

historicizing or contextualizing frames. Finally, film allows one to meet the artist in

his or her space through an interview, representation of the creative process or an

In the first I discuss briefly three issues: the general idea of the present paper

and its historical and theoretical contexts.

First, my objective is to provide information on my research on Polish documentary

film on art in 1948–1989, which was financially supported by the Ministry of

Science and Higher Education. I was doing this research with help of a small team of

Adam Mickiewicz University in Poznań. In this article I will not address general

problems related to the filmic representation of artists’ studios, but discuss several

Second, the historical context is connected with the hopes of totalitarian states

to use mass culture, and particularly film, to manipulate the masses. Even though in

particular decades of the 20th century, and in different countries, those hopes were

put into practice in different ways, their ideological and practical implementation had

a common basis. That basis can perhaps be best described by Walter Benjamin’s idea

them according to a fixed political purpose. Benjamin believed that the most useful

in that respect would be film, which in his opinion was both technical and massoriented.

form their mental and imaginative habits, and therefore also a political bias.

in the general context of the role assigned to film in the communist Poland, even

changing their criteria of appropriateness. Still, the research focused on the representation

of the artist, his or her studio, and the ideas of art will reveal an officially accepted

picture to be transmitted into the public space. One the other hand, one

should remember that within precisely defined political limits Polish documentary

high position of art, experimenting in different ways with a relationship between

film and the visual arts.

Third, my theoretical context is related to the status of the documentary or, that

of reality represented in documentary films. In my view, shared also by a number of

scholars, documentaries have an element of creation and their reality is always

processed in one way or another. My examples will include studio as office, nature,

space of imagination, village hut or cottage, and engine room.