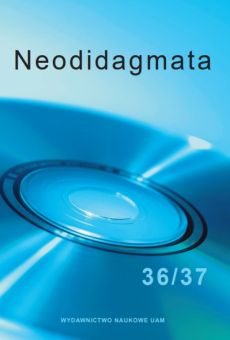 In this essay, the author attempted to analyze the notions of sanctity, sin and martyrdom in the context of rock culture, referring specifically to the careers of the late 1960s’ Psychedelic Revolution heroes: Jimi Hendrix, Jim Morrison and their friend Johnny Winter, an eminent blues-rock artist from Texas. The latter’s biography, remarkably longer than either Hendrix’s or Morrison’s, provides particularly rich material for the author’s analysis. Moreover, in the historical
context of rock, Johnny Winter’s life appears to be a rare example of the revaluation of psychedelic hedonism, usually including sin in the realm of sanctity, in the spirit of the traditional Christian idea of caritas. This revaluation may be ultimately seen as the artist’s most important step towards overcoming his weaknesses and thus preserving his identity and creative power.