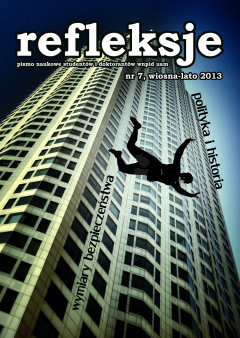 The article is about historical policies and discourses produced by modern nationalist movements, as well as centrist and left-wing. The increase in attendance and frequency of demonstrations in recent times is not due to the economic crisis, but the skillful construction of rigid political identity and setting sharp lines of division by the radical right. Representing her environment, and especially the National-Radical Camp, deftly took important historical anniversaries and – presenting themselves as ardent patriots – to define hostile environment as traitors. Centrist and left-wing environment seems to be helpless in the face of this political acceleration and brutalization.