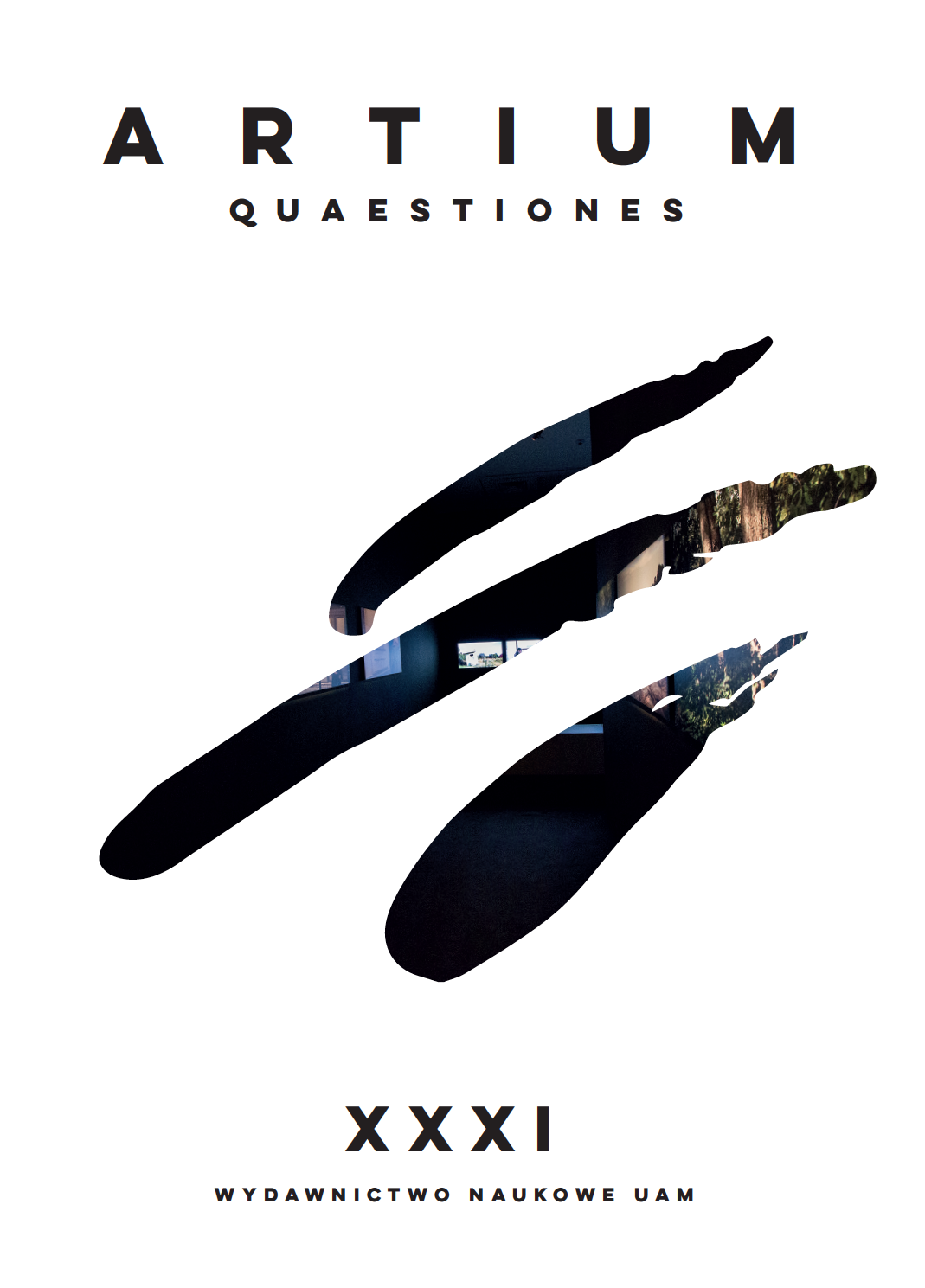 If one were to indicate some tendencies characteristic of the art of the 20th century, the pursuit of making artwork more spatial would certainly be one of them. This tendency manifests itself in the myriad of symptoms: an avant-garde redefinition of sculpture with its negative space; a proliferation of kinetic works enabling spectators to (re)shape artwork’s matter more actively; a dissemination of ephemeral forms, especially happening and performance; beginnings of installation art, to mention but a few. The present paper sets out to examine an artistic phenomenon  which is not as spectacular as the aforementioned examples, but it could be somehow placed at the intersection of them. One can consider the particular type of abstract painting, embedded in a pictorial plane and slightly opening for surrounding space, but simultaneously reconceptualising the relation between the imagined and the physically present. The first part of the article deals with methodology. As far as research is concerned, the author assumes moderate scientism as the methodological perspective. It is based on the belief that mathematical sciences throughout history have developed notions and analytical methods allowing the observable and communicable features of things, including artworks and artistic phenomena, to be explained in an effective way, i.e. more faithfully and usefully. Because of the fact that mathematical truths are not absolute, the methodological perspective is called ‘moderate’. Taking into account these assumptions, the second part of the article defines the analytical category of spatiality, which expresses painting’s ability to evoke variously conceptualised spaces. The three subsequent sections of the article are devoted to some paintings by three Polish artists active in the second half of the 20th century, i.e. Wojciech Fangor, Jerzy Grabowski, Ryszard Winiarski. Each of them combined two differently understood spatial orders in their works: physical (related to phenomenological and sensual experience) and conceptual (related to notions and theories proposed by exact sciences). Having analysed a number of paintings by Fangor, Grabowski and Winiarski, one can define notions of cosmogonic, transcendence and probabilistic space, respectively. In summary, the specificity of works analysed in the context of ideas drawn from exact sciences is examined.

Art historian and mathematician, M.A. degrees in art history and mathematics at Adam Mickiewicz University in Poznań, PhD. candidate at the Department of Art History. He works on a PhD dissertation concerning the relationship between art and mathematics in Polish art of the 20th century. His research interests concentrate on modern art, the art of new media and history and philosophy of mathematics. He published his work as chapters in academic monographs.