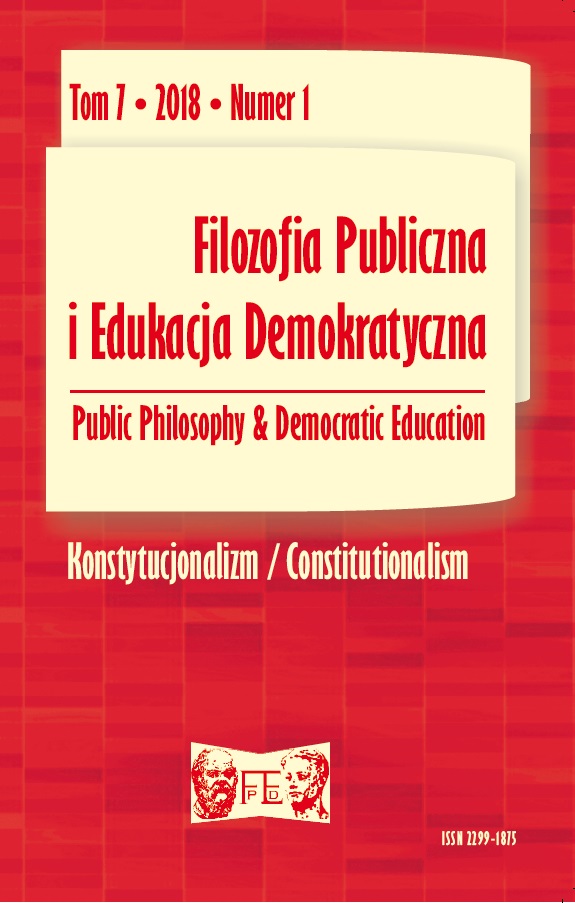 The paper analyses the sources of diversity in opinions about the acceptability of direct application of constitution by courts in the so-called confrontational version (a judicial review: the refusal of application of the parliamentary act which is incoherent with a constitution). I claim that such differences result from diverging assumptions accepted within analytic jurisprudence. More precisely speaking, the above differences stem from the three alternative approaches within analytic legal theory: a traditional, a modern, and a postmodern (postanalytic) one. Polish legal thought is dominated by the modern approach, what influence also a debate on the direct applicability of constitution. The modern approach hardly accepts a situation in which a legal professional (a judge) needs to face new social and political challenges. The more adequate in this respect seems to be the postanalytic approach. Thus, arguments which refuse the judge’s right to directly and autonomously apply the constitution against the parliamentary law (which are put forth by some representatives of both legal doctrine and judiciary), are based mainly upon the modern version of the analytic legal theory. Alternatively, the postanalytic perspective offers theoretical foundations for the acceptability of direct and autonomous judicial application of the constitution. As for the traditional version of analytic theory, it possesses some explanatory force towards Polish political practice of the day. Since it supports claims which question any form of judicial activism. This approach seems to undermine any reasons for the existence of independent constitutional judiciary, the direct application of constitution by
ordinary courts included.