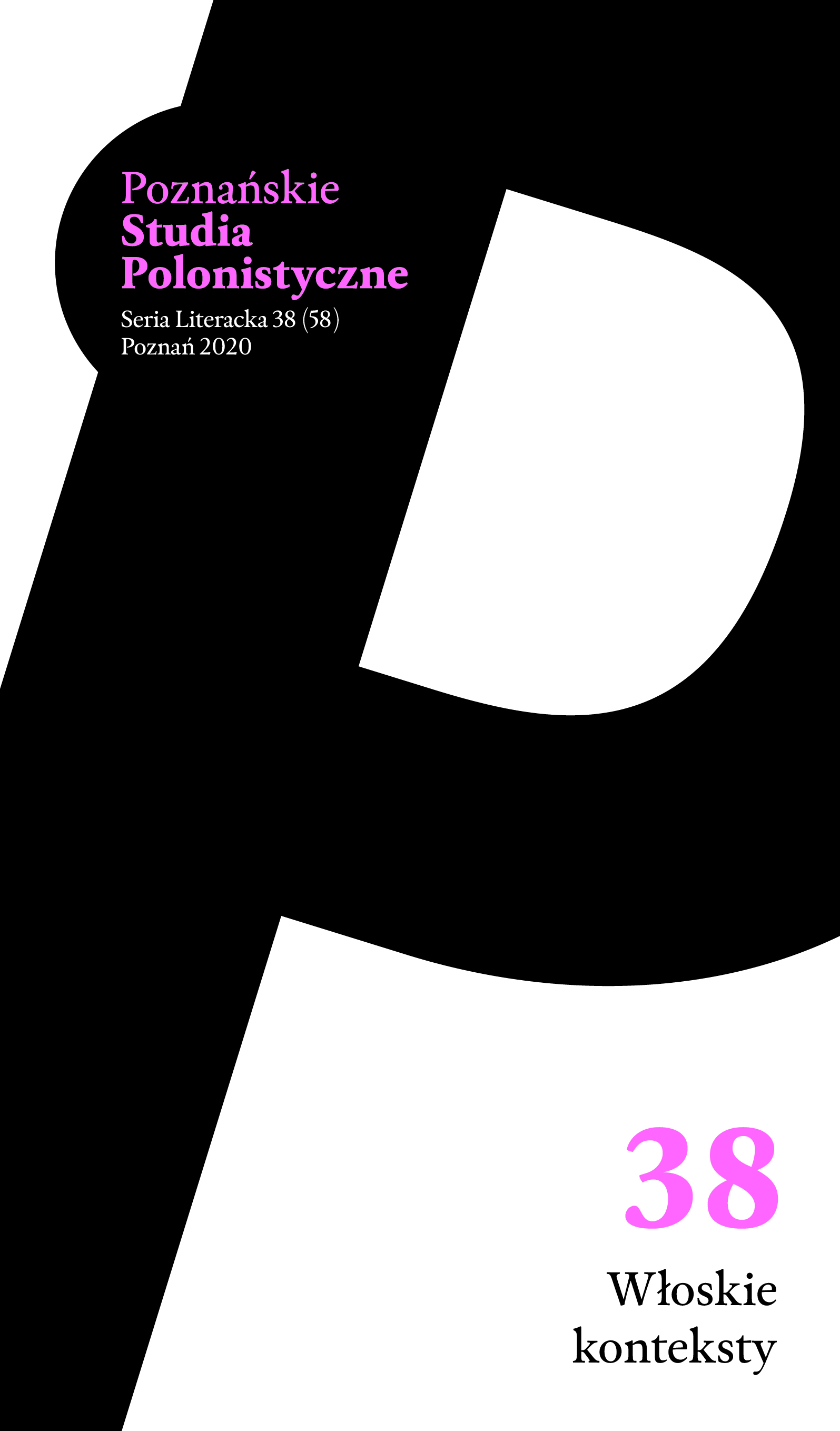 For Gustaw Herling-Grudziński, the question of his own roots was a very private matter; he treated them as if they were not present in his life and wrote explicitly about Jewishness or Shoah only in his non-fiction work. Nevertheless, the themes of the historical anti-Judaic persecution and conversion to Christianity are constantly present in his literary work, with allusions to the twentieth century’s massacres. Numerous characters of Jewish origin, belonging to a harassed and destroyed community, appear in many of his literary texts. Certain victims, especially males, are infected by evil, others resist it: over the years, the opposition between these two categories became increasingly noticeable, while the topic of Shoah is faced in a more veiled way. It is indeed not a coincidence that Herling’s first tale about the persecutions of Jews, The Second Coming, was written in 1961, at the time of the Eichmann trial, and that later Don Ildebrando, The Bell-Ringer’s Toll and The Legend Of A Converted Hermit, showing Jewish opposing strategies toward evil, were composed after his visit to Majdanek in 1991. Herling looks at the post-Arendt discussion on complicity in evil, polarizing the opposition between good and bad victims alreadyexpressed in his narration of the Gulag: he does not envisage any intermediate category analogous to Levi’s Grey zone and does not examine in depth the manipulation of the victims in extreme conditions. He prefers to grasp some analogies between persecutions in different historical ages, showing them in a universal perspective of a human “dormant” tendency to evil. Based on Herling’s narrative work, intimate diary, essays and the Journal Written at Night, my article treats his tormented relationship with Jewishness not so much as an isolated case, but rather associates it with some strategies of drastic distancing from Jewishness by members of pre-WWII assimilated Jewish intelligentsia who yearned to be seen as more Polish than Poles themselves.