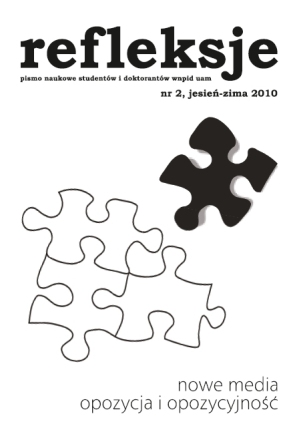 The main problem described in this paper is an attempt to create the definition of a mediated political communication process. Three dimensions of this social phenomenon have been distinguished. Firstly, understood as necessity (media saturation, journalists as the fourth authority, theory of agenda setting). Secondly, understood as a threat (info-tainment, post-politics) and last but not least, perceived as an alternative (the future of political communication).