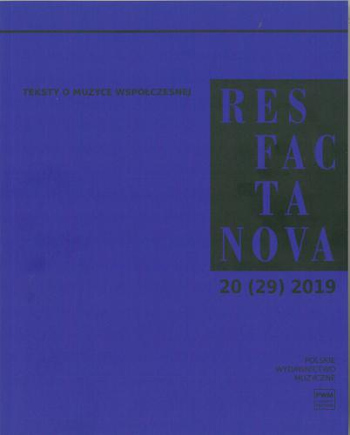 This is a voice in a discussion on the subject of the field of values within which twentieth-century music developed. The author under-takes a polemic with Alicja Jarzębska, who in her book Spór o piękno muzyki [Argument over the Beauty of Music] put forward the thesis that the musical culture of the previous century was caught up in a struggle between two antinomic visions of reality: it was faced with a choice between Christian Platonism and post-Christian existentia-lism, i.e., a conglomerate of pantheism, prometheism, influences from beyond Europe, nihilism, dehumanisation, ideological seductions and cynicism. In response to this thesis the article proposes a reflection on the causes of the axiological instability and the drama that left its mark on the music of the last century. This drama – and this is the main thesis of the essay – results from the conflict between tradition and the modern natural and historical sciences. This conflict brings about a profound change in the response to the world and the arti-stic imagination: the centre is no longer the perfection of the Idea or Creation, but the mystery of the suffering integral to the nature of existence. Such a perspective means that the picture of twentieth-century music forms a configuration significantly different from that proposed by Jarzębska.