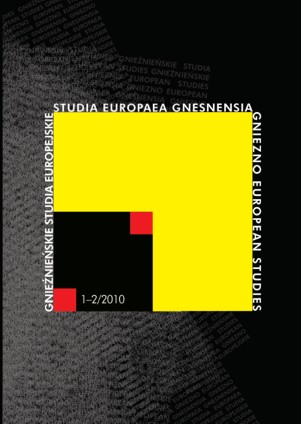 This article is both a thread and a complementation of the issues surrounding programmes of Aleksander Bregman entitled “Kaleidoscope”, broadcast in 1960–1966 by the Munich–based station of Radio Free Europe. The overall subject of the programmes, as well as the precise delineation of relations between politics and media and society have been undertaken in separate papers; however, the course and evaluation of the integration process of the old continent’s western part in Bregman’s commentaries, deserves an individual consideration. Several reasons dictate that it should be so. Primarily, the complexity of this subject matter should be emphasised. The author of “Kaleidoscope” perceived the unification of Western Europe in several aspects, therefore the structure of the text should incorporate, albeit setting it apart, Bregman’s personal and subjective impressions, associated with his stay in Brussels and the observation of Union institutions at work. These were delivered to the listeners in a series of special programmes in the shape of objective accounts, which explained formal decisions taken by governing bodies of individual states. At the time, Bregman lived in London, therefore the attitudes of the government and society of Great Britain occupied a particular place in his programmes, as did the assessment of the Whitehall’s standpoint and decisions among the member states.

“Kaleidoscope” was typified by a tremendously broad thematic scope in terms of issues addressed by the author. One of the most important among those which interested him was the aforementioned issue of the run of integration processes in the early 1960s, with particular emphasis on the initial solicitation and accession talks of the Brits with the states of “the six”. This thread, being the chief subject of this paper, is nevertheless extended to include the standpoint of other member of the British Commonwealth on Britain’s attempts do join the Common Market. Also, the then situation within the Commonwealth as well as the further expediency of its existence has been analysed. The commentaries of A. Bregman concerning the general operation of the authorities in Brussels, have been discussed separately.
PDF