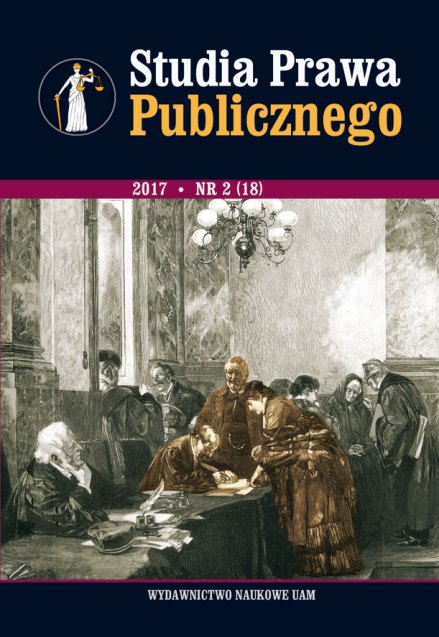 The activity which States undertake when conducting extensive non-directed surveillance programmes is seen as one of the major threats to privacy at the time of the information society. This problem has a special dimension in the European Union because the surveillance activity of individual Member States may be an obstacle to the functioning of a single internal market, particularly when it comes to ensuring the freedom to transfer personal data. Due to the supranational character of contemporary means of communication, and especially Internet communication services, guarantees related to the protection of privacy ought to be analysed not only through the prism of domestic regulations but also in the light of international law provisions. Results of an analysis of the relevant primary and secondary EU law have been presented. A special focus was put on Directive 95/46 of the European Parliament and of the Council on the protection of individuals with regard to the processing of personal data and on the free movement of such data and Directive 2002/58 on privacy and electronic communications. The formal eff ects of the rulings of the Court of Justice which determined invalidity of the retention directive have been analysed as well, mainly from the perspective of the validity of national provisions implementing the general obligation to retain the data in legal orders of EU Member States. Particularly interesting seems to be the analysis of the grounds for non-directed surveillance programmes and comparison of the fi ndings with the rulings of the CJEU and the ECHR, particularly the recent CJEU’s judgment in Tele2 and the ECHR’s judgment in Szabo v. Hungary. The judicial decisions analysed in the paper may not only be useful in solving matters related to surveillance instruments used in individual cases but may also serve as a helpful tool in establishing the directions of development of domestic regulations in line with international standards. The latter may also be related to the provisions of the surveillance act and anti-terrorist act recently binding in Poland.