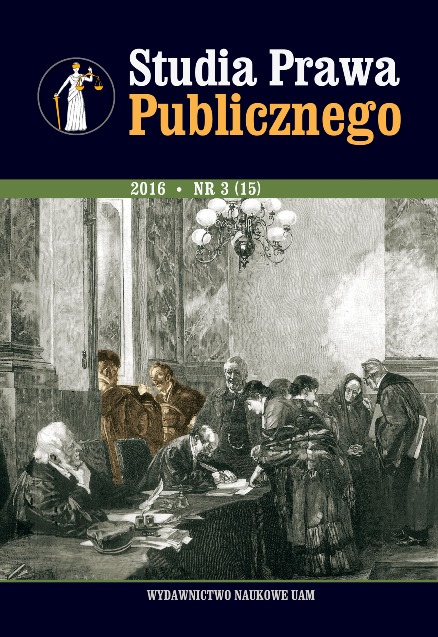 Current legislative activity of the European Union performed under Title V, Chapter 4 of the Treaty on the Functioning of the European Union: “Judicial cooperation in criminal matters” is part of a wider process of internationalisation of criminal law. It shows a paradigm shift of this branch of law, which until now has, ﬁ rst and foremost, been a product of national legal systems. The article discusses selected issues concerning the regulation of criminal prosecution under European Union law. Due to the fact that the present shape of this regulation is the result of a long process of numerous legislative activities as well as various non-legislative forms of international cooperation, the article is not limited to the discussion of the current state of the criminal prosecution in the EU, but takes into account the historical emergence of various institutions, both before and after the establishment of the European Union. Its ﬁ rst part presents the historical development of instruments designed to cope with crime, which the European Community and then the European Union had at their disposal. This part has two objectives: to describe the diffi culties encountered when the ﬁ rst attempts to coordinate the ﬁ ght against crime at the European level were undertaken and to show the signiﬁ cance of the progress that has been made in this area in recent years. After that, selected issues concerning the harmonisation of rules governing the procedural rights of suspects and defendants in criminal proceedings are discussed. The issue of minimum standards relating to penalties is also raised. The concluding part of the article assesses, whether the path of internationalization of criminal law chosen by the Member States in the post-Lisbon reality is justiﬁ ed.