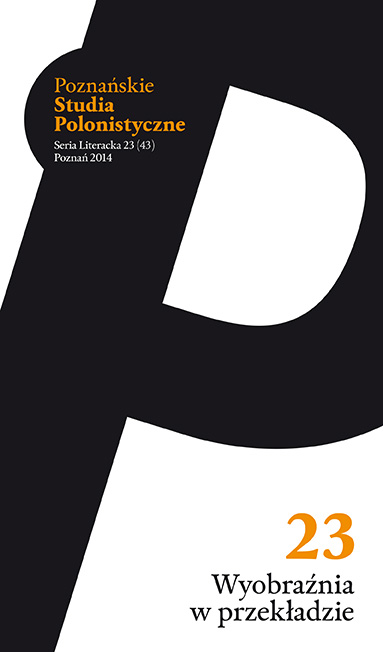 Pan Kiehot by Günter Grass is one of many literary incarnations of Cervantes’s Don Quijote. Grass created his hero in a double manner: the character exists in the poem Pan Kiehot, published in Gleisdreieck in 1960, and a fragment of a chapter in The Tin Drum, the novel published in 1959. The poem has been translated six times into Polish, by Jan Koprowski, Krzysztof Karasek, Bolesław Fac, Zdzisław Jaskuła, Wojciech Woźniak and Ryszard Sobieszczański), whereas The Tin Drum, only once, by Sławomir Błaut. The article analyses all the translations into Polish, as well as the translation into Kashubian by Jan Trepczyk, in the context of the notion of translation series and textualisation series, proposed by Marta Skwara, and with reference to theorists of quixotism, such as Arne Melberg, Josè Ortega y Gasset and Michel Foucault, as well as to German and Polish critics of Grass’s work. The author draws conclusions about the challenge of a different form of interpretation, multiplied interpretation, which is facing the reader of a translation or textualisation series. Every translator who works on a text that has been translated before, must face various anxieties: “the anxiety of influence”, which is often coupled by horror vacui, and fear of imperfect rendition of source-texts meanings (as described by Jerzy Jarniewicz). Thanks to translation series, and works that constitute textualisation series together with translations, Grass’s Pan Kiehot is inscribed in entirely new interpretative framework: each new translation, thus, constitutes a challenge for the translator and for the imagination of a reader of the series.