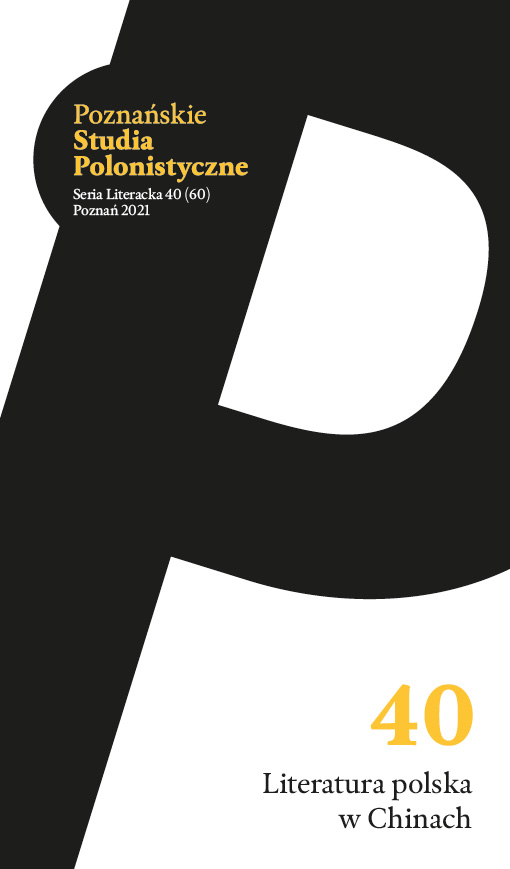 In 2020, Wydawnictwo Akademickie Dialog published the Polish version of Chiny i Europa Środkowo-Wschodnia. Historia kontaktów literackich (China and Central and Eastern Europe. The History of Literary Contacts) by Chinese literary scholars: Ding Chao and Song Binghui. The book is part of the series Historia Kontaktów Literackich między Chinami a Zagranicą (The History of China’s Foreign Literary Contacts) which aims to become a comprehensive description of China’s cultural exchange with other countries. Volume 17 is devoted to China’s relationships with Albania, Bosnia and Herzegovina, Bulgaria, Croatia, Czechia, Estonia, Hungary, Lithuania, Latvia, Montenegro, North Macedonia, Poland, Romania, Serbia, Slovakia and Slovenia. In this group, Poland occupies one of the central positions due to, among other, a high interest in Polish history among Chinese intellectual elite of the early twentieth century and among the reformers of Chinese literature in that period. The article discusses the sources of the popularity of Polish themes in the formative period of modern Chinese literature and the reception of Polish literature in China today. It also attempts to familiarise the readers with the themes studied by the researchers, the goals they set for themselves and the methods they used to achieve them, and presents the benefits of publishing the book in Polish.