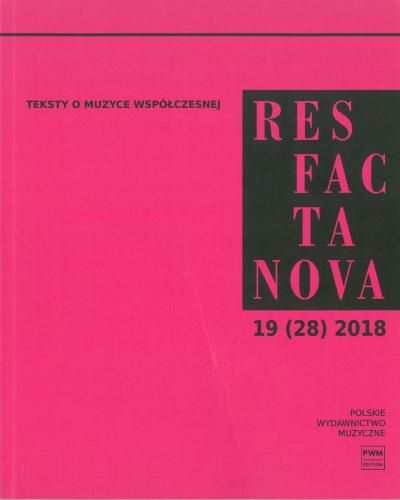 Listening to music is usually understood as perception of a stimulus of a particular kind which, however, does not differ in any special way from listening to other, non-musical sound stimuli. Numerous observations show, however, that the majority of musical stimuli is perceived in a particular manner, suggesting that alongside the cognitive strategies used in the perception of all kinds of sound stimuli, listening to music also activates music-specific cognitive mechanisms. On the other hand, a large section of musical artistic output of the Western culture in the twentieth century became an exceptional phenomenon, both in historical and geographical perspective, in that it abandoned the organisation of the sound structure of music on the basis of pitch-rhythm relationships. From the psychological perspective, this exceptionality consists above all in omitting, during the perceptual processing of this kind of music, of some of the perceptual cognitive structures characteristically involved in the perception of traditionally conceived melodic structures. For a full understanding of the ways of perceiving music it is thus necessary to apply contemporary knowledge of the specific features of the human cognitive system and its evolutionary sources. The aim of the article is to presenta number of various cognitive mechanisms of different evolutionary age which are involved in the perception of music, as well as an attempt to indicate their differentiated participation in the creation of the aesthetic experience of different kinds of music.