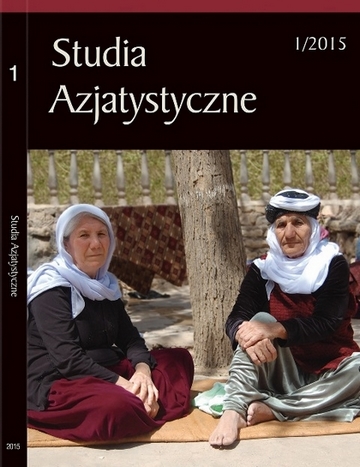 This paper discusses the role of nomads in transfer of ideas between Western Eurasia and the Far East (understood as China and the Korean Peninsula). An ongoing contact between European and Central Asian cultures, constantly influenced by Chinese people, had started in the early Bronze Age and has continued until the Middle Ages, when the military power of Asiatic nomads decreased. This influence concerned not only inventions but also horse breeding, new vocabulary and cuisine. The majority of ideas spread only in one direction, from the Far East to Europe. The most famous of them were different types of weapon, such as a sword with annular pommel introduced in the Roman period or powder known from the 13th century, but also horse tack (for example stirrups) and dumplings. The influence of European culture on Asia is less visible, but it included chariots and probably the bronze treatment.