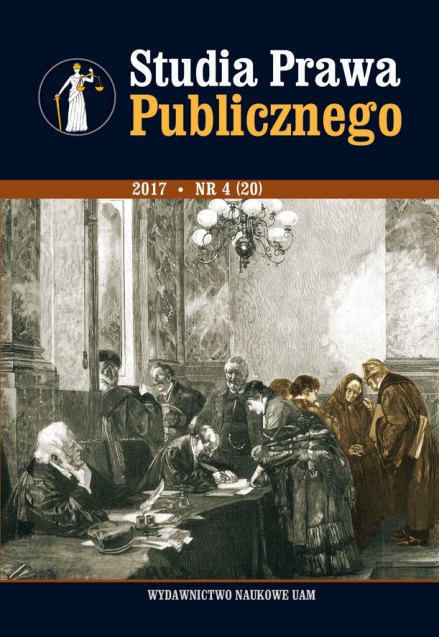 The subject matter of this article was the right to education with a particular regard to the rights of the child being a pupil and his/her right to personal treatment in the teaching and the whole educational process, the right to the open and motivated assessment of the progress in learning, the right to impact the school life via local government activities, as well as the right to the freedom of conscience and religion, and the right to recognise and preserve the national identity in the teaching process. The issue of pupil’s responsibilities, and in particular compulsory schooling and compulsory education, have also been raised. The article deﬁ ned the right to education and placed it among other acts of international law – the Universal Declaration of Human Rights, the International Covenant on Economic, Social and Cultural Rights, the Convention for the Protection of Human Rights and Fundamental Freedoms, the Declaration of the Rights of the Child, as well as the Convention on the Rights of the Child, known as the World Constitution of the Rights of the Child. In addition to the nature of the right to education, the subject matter of the consideration was also the principles and guarantees of its implementation, contained in the Basic Law. Their analysis led to the conclusion about the limited nature of the right of parents to bring up the child according to their own convictions, the implementation of which should be compatible with the welfare of the child and the constitutionally guaranteed right to receive education. An analysis of the regulations applicable in the prescribed scope statutory, and in particular in terms of universal and equal access to education have also been discussed. The reﬂ ections presented in the article have been enriched with case law examples and judgments delivered by the European Court of Human Rights in Strasbourg, the Supreme Court, and the Common Courts. The analysis of the existing legal references, the doctrine, and the case law has allowed to reach a conclusion on the fundamental nature of the right to education, the implementation of which conditions the development of an individual and the full use of its rights.