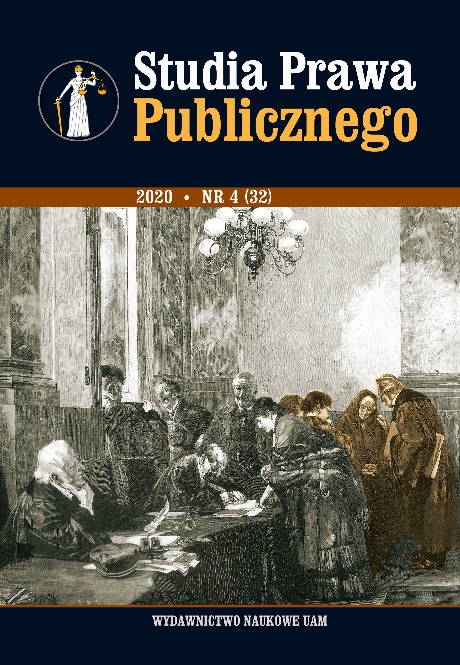 The article presents multifaceted considerations and results of analyses concerning the necessity to perceive the phenomenon of corruption through the prism of a gross violation of constitutional values, the principles of the rule of law and social justice. The main focus is on discussing civic rights that are effectively eradicated by corruption, at the same time emphasizing a holistic and systemic approach to understanding and interpreting specific processes and decisions confirmed in practice. At the beginning, it is explained why a broad research perspective should be adopted to understand the essence of corruption. An important argument supporting the correctness of the adopted approach are statements contained in the Government Program for Counteracting Corruption 2018–2020. Next, the most important constitutional values and civil rights are indicated, which are not respected and remain only in the declarative sphere as a result of corrupt practices. In order to prove the illusory nature and facade of certain provisions of the Polish Constitution, important statements contained in the judgments of the Constitutional Tribunal are quoted, and then these interpretations are analyzed in relation to real situations occurring in everyday reality. These problem issues are presented from the perspective of the constitutional principle of equality before the law, social justice and non discrimination. It is also noted in this regard that corruption activities are precisely the main factor leading to the division of citizens into two separate categories according to the way they are treated. Finally, it is mentioned that in the European Union ever greater emphasis is currently being placed on compliance with the rule of law. This problem is closely related to the need to understand the negative consequences of corruption as an element that undermines trust in the state, constitutional order and the rule of law.