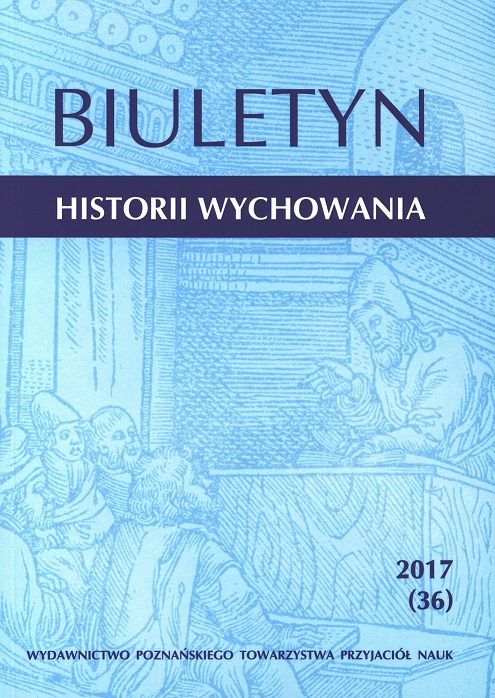 This article deals with the educator teacher and his work in the Salesian schools since the beginning of the school year to 1939. The daily pedagogical work of teachers was associated with in shaping the intellect, character and religiousness live of the students. Many examples taken from the history of the Salesian schools indicate that the Salesian activity brought good educational results during the Partitions, as well as during World War I or the inter-war period. The social context in which the Poles lived indicated the necessity of raising the culture of the Polish society. This activity was carried out by the Salesian priests and Salesian brothers. Co workers were also invited to cooperate. The necessity of education and training allowed for the openings of schools, but also other institutions, the dormitories, educational institutions, oratories or parishes. There were always children and young people as subjects of the work the Salesians. In education, teachers used the „Pedagogical triad”, based on reason, religion, and love-flowing from the preventive system left by St. John Bosco. It was precisely the „triad” that became the syncretism of the values and strategies proposed learners in the educative process.