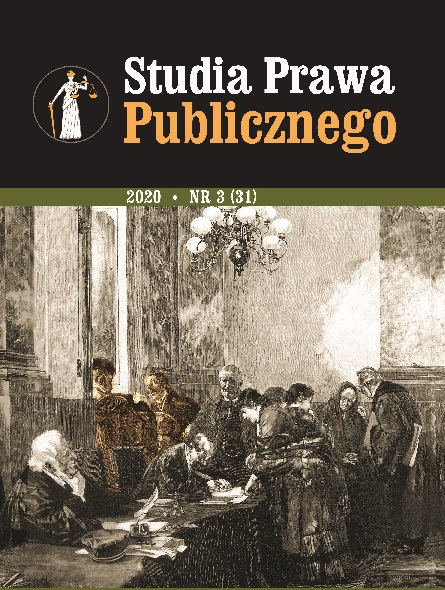 The judgment of March 31, 2020, file ref. II CSK 124/19, has great social and legal significance. It is the first Supreme Court ruling concerning the civil liability of church legal entities for pedophilic acts committed by a clergyman. The Supreme Court shared the view of the Court of Appeal accepting the liability of church legal persons in the light of all the facts of the case of Art. 430 of the Civil Code (culpability in supervision). However, it convincingly distanced itself from the position of the District Court (court of first instance) that liability under Art. 429 of the Civil Code (culpability in choice) should be taken into consideration. In the justification of the judgment, the Supreme Court conducted a thorough analysis of the premises for the civil liability of church legal persons for the activities of a religious person subordinate to them. In particular, it stated that if the perpetrator acts for personal gain and the performance of the official activity enables him to cause damage, the superior cannot effectively raise the objection that the subordinate caused said damage only in the performance of the entrusted tasks. Thus, the Supreme Court upheld the interpretation of Art. 430 of the Civil Code, assuming the liability of legal persons for damage caused by a subordinate. It distinctly applied this liability to church legal entities. When appointing the adjudication panel of the Supreme Court, impartiality was preserved. On the other hand, doubts are raised regarding the Court’s neutrality in terms of world-view in some parts of its judgment justification. The judgment of March 31, 2020 must be assessed as brave and just. It has the chance to set the course of judicial decisions in matters of the liability of religious legal persons for pedophilic acts committed by clergy acting under their supervision. The justification of the judgment is understandably critical towards the perpetrator and church legal persons superior to him, and also sometimes towards the provisions of the Code of Canon Law. It should be emphasized, however, that the judgment is not an “indictment” against the Catholic Church as such, and even less so against religion.