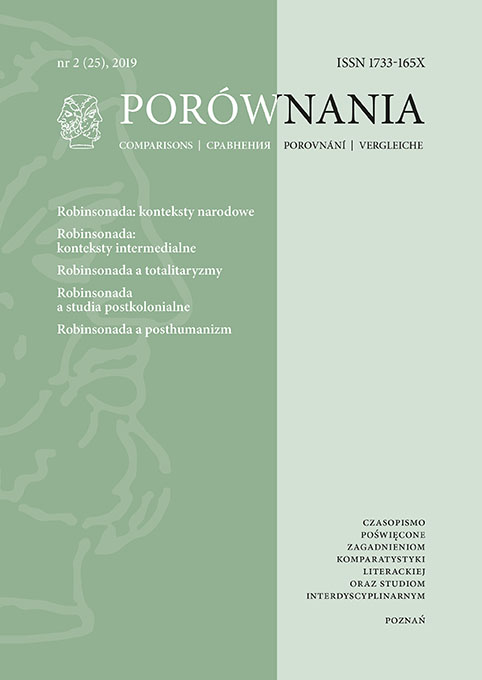 This article is devoted to the analysis of the changing mechanisms of power legitimization in the European culture. Daniel Defoe’s Robinson Crusoe is traditionally located within the early capitalist growth of individualism, manifested in the field of the economic activity of the individual. I argue that for Robinson to become a homo oeconomicus on his island, a person who transformed wild nature into civilization with his work, and then become the ruler/king/governor of the island, changes within the sources of legitimacy of power had to take place. Robinson Crusoe, an everyman, could become the ruler of his island only by means of resignation from the divine source of power legitimization which dominated European culture from antiquity to the times of Enlightenment. I recall the figure of Shakespearean Prosper, a magician and the king of Naples, who rules his island with the help of magic, as the last literary descendant of “the king’s thaumaturge” (M. Bloch, E. Kantorowicz). Robinson’s power is based on the principles of a social contract and his authority does not come from divine conferral. I analyse the mechanism of acquiring and maintaining power by Crusoe, described by Defoe, referring to the processuality of forming colonial empires. Friday, or, the Other Island by Michel Tournier, published in 1967, is a novel based on Said`s optics of “counterpoint reading”, which is why Tournier deconstructs the mechanism of naturalisation, democratisation of Robinson’s power, referring to earlier mechanisms of metaphysical legitimacy. This is why I notice the processuality of the mechanism of acquiring and maintaining power, which seems important to me from the point of view of understanding the essence and dynamics of colonial imperialism.