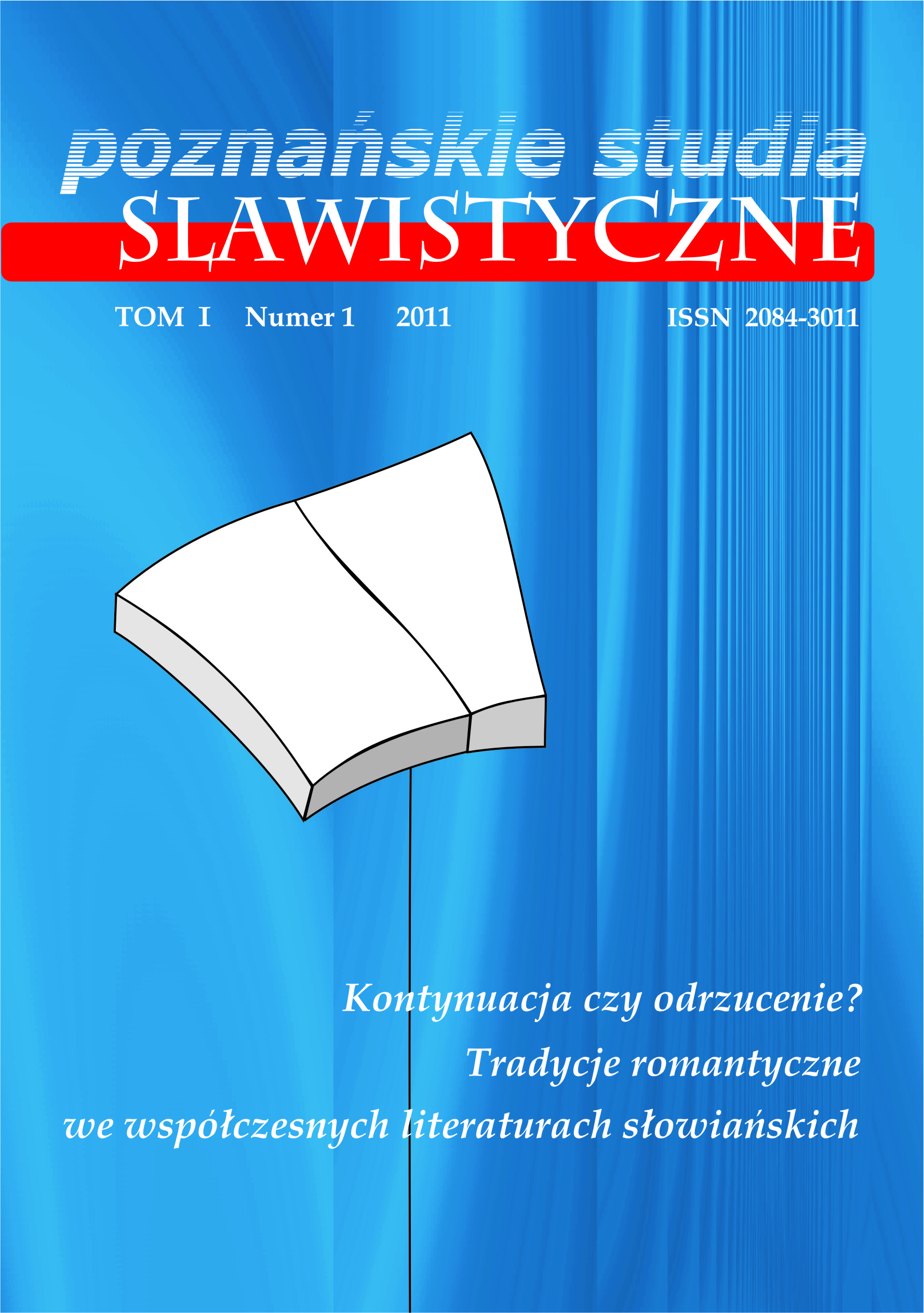 This essay is devoted to the Czech avant-garde stage-adapter from the 1930's and 1940's, Emil František Burian and his theatre D34 (also called “Dečko”). Burian adapted the output of the romantic poet, Karel Hynek Mácha, for the stage, using it to explore and express his conception of avant-garde theatre. In the words of Burian, Mácha was the “Czech Shakespeare”, far from any realism, so the meaning of his output, staged in the traditional, realistic theatre, was distorted. Trying to find the right way of staging Mácha, Burian finds his own idea of the new theatre, inspired by the conceptions of the Russian stageadapters Vakhtangov and Tairov. The most important categories in the Burian’s theatre were: motion, light and music. Burian was looking for a way to translate the language of unrealistic, romantic literature into the modern language of theatre. In cooperation with M. Kouřil and J. Lehovec he created what was known as Theatergraph, which began the era of “multimedia” performances. Burian’s modern conceptions of actor’s play also inspired others.