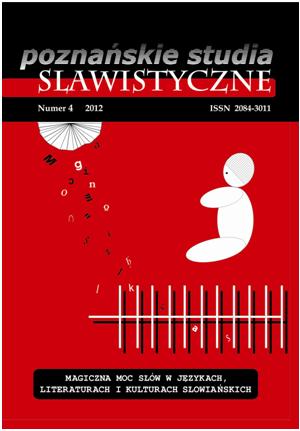 This  paper  presents  the  lexical  and  linguistic  characteristics  of  absolution  of  sins  in  the Croatian Church Slavonic Klimantović’s Miscellany I, in which the patterns of release and absolution from sin are powerful oral mechanism adjusted to population of that time. In the analysis,  the author  used  her  own  transliteration  of  the  miscellany.  Considered  are  the sacraments of reconciliation in chapters 32. Otrišenie op’ĉeno, 36. Ovo ẽod’rišenie od’rišiti od’ velikoga prok’lats’tvaand 37.  Ovo estьod’rišenie od’rišiti nemoĉnika muž’ku i žen’sku gl vu.  The  study shows  how  much  the  language  is  considered archaic  in  those  chapters  as well as how much there are younger lexical influences, conditioned primarily by neighborly contacts  that  influenced vernacular.  Archaic  features  of  the  vocabulary  are  recorded  in domestic  words  from  Protoslavic period  as  well  as  from  dialectal  Protoslavic  layers,  with a  significant  number  of  Moravisms (West  Slavic  lexemes)  such  as  zakonь,  suffix  -kratь, adjective nebes’ki, verb otpustiti. Contribution to that are loanwords from Protoslavic period. Among other linguistic features, confirmations of archaic features are the older verb present tense forms -ši. The rejuvenation of lexis is obvious in the influence of vernacular on texts of absolution  –  in  many  Italianisms  that  entered into  our  system  directly  through  Čakavian dialect such as  eneralь, pun’ta, purgatorii, and in numerous Croatisms as a result of direct influence of vernacular which is not part of a joint Church Slavonic and Croatian lexis such as personal pronoun  ĵa,  the  dative  singular  mani,  interrogative pronoun  čakoli,  connective ako.  Also,  among  other  linguistic  features  are  present for  example younger  suffixes  -ega, -oga of the genitive singular of adjectives and pronouns.