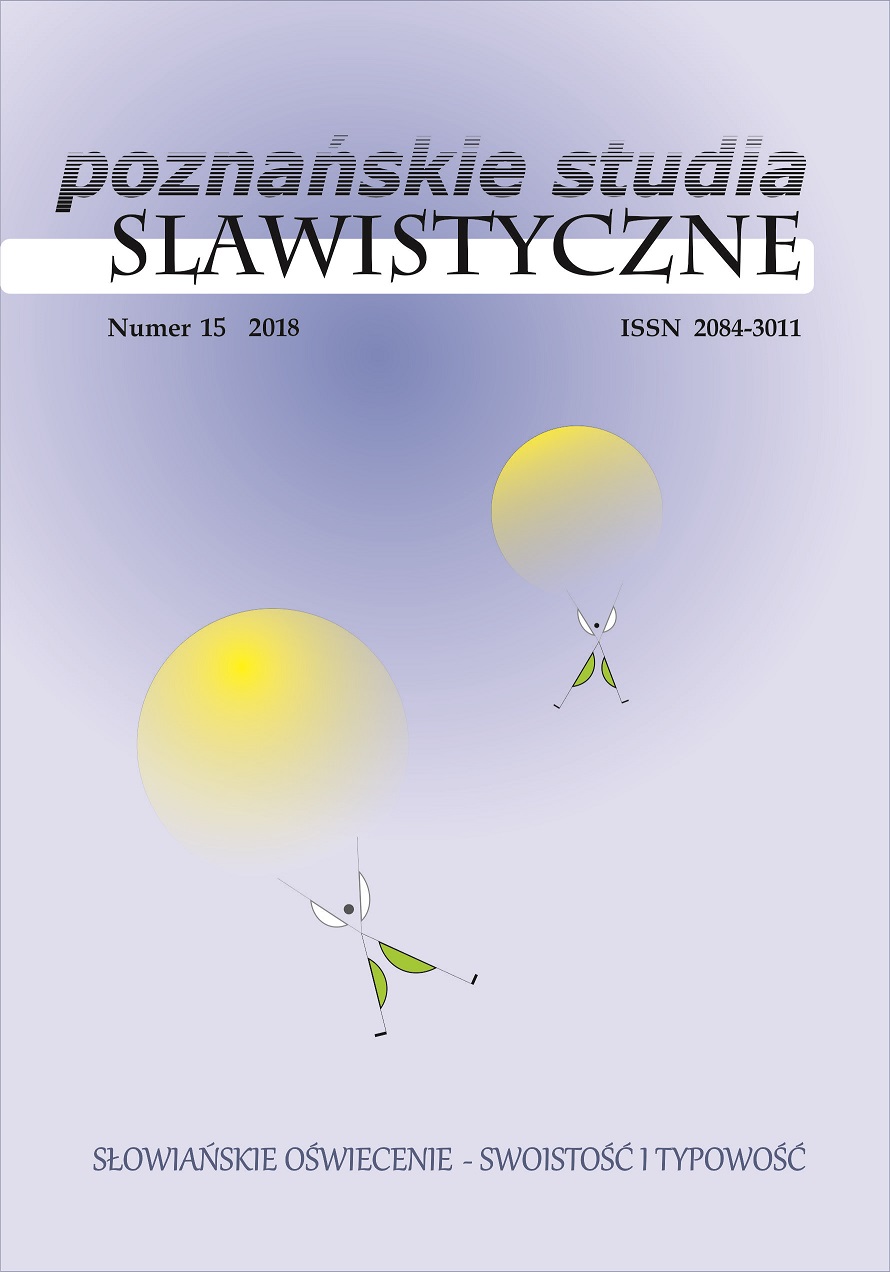 In this article, the subject of research is the literary-political beastiarium in the transition from the Baroque to the Enlightenment in Russia. The conceptual basis are the parallel ideas of the beast in man, taming the beast, and dream of eternal peace as understood by the European enlighteners of the 18th century. The dynamic, contradictory, and convulsive epoch of Peter I is discussed along with the myth of the dragon slayer and the monstrous Baroque metaphors used to describe the ruler and his subjects: Beast on the throne, battle with beasts, the dragon with three heads, and the ontological metaphor of falling in the beastʼs throat (resulting from the exercise of power through fear and violence). The underlying transformation of these ideas coincides with the period of Empress Elisavetaʼs rule with the thematization of the notions of tamed passions, peace and mercy of the throne in the parallel images of the biblical Elizabeth and the compassionate Titus. „Taming the beast” is a segment of the enlightenment program and the educational discourse of the time of Catherine II.A moralizing literary context is presented in works of V. Petrov, G. Derzhavin, M. Muraviev, A. Kozelsky, N. Karamzin. In this context, the idea of the rulerʼs tamed passions is presented in a dialogue (direct or indirect) with Machiavelliʼs The Prince and Friedrich IIʼs Anti-Machiavelli. The metaphorical images of the ruler of passions are: the blissful lion, the tame beast, or the transformed thunder god – the man on the throne and the king of hearts. The tamed passions (malice, enmity and dissonance) transform the society of predatory tigers into a peaceful herd of tigers and lambs, pigeons and hawks. The culmination of these ideas are the projects for a Union of States (The Sacred Union of European Monarchies, 1815, Union of Empires, 1873) were considered. A hypothesis is put forward that V. Dalʼs version of the folk tale Teremoc (1870) is a metaphorical representation of the idea of peaceful life, subjected to the test of passions.