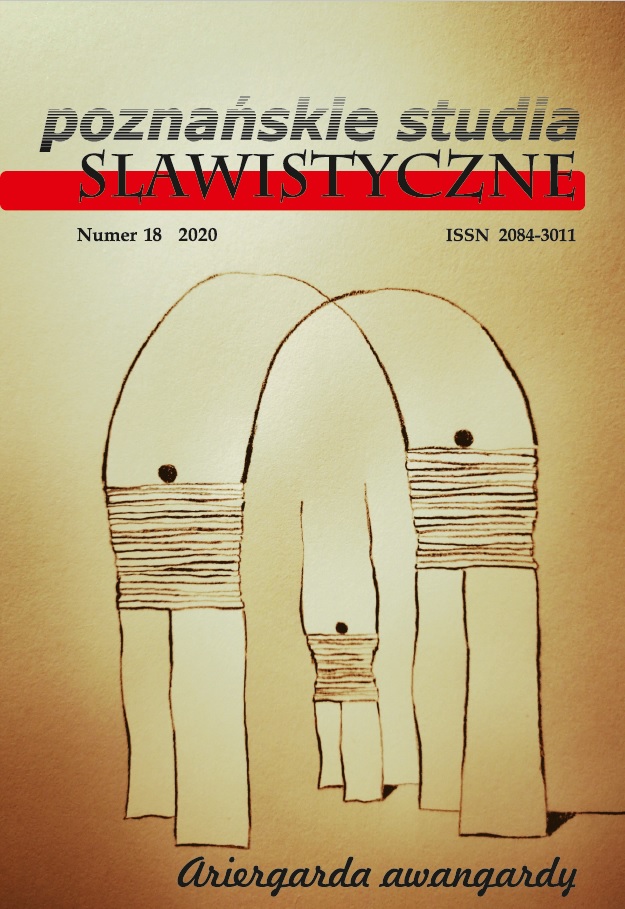 The article presents the selected aspects of the Bulgarian avant-garde movement called “Native Art” (Rodno izkustvo) which developed in art (painting of Ivan Milev and others) and literature (the so-called decorative prose, ars decorum) in the 1920s. An aesthetical object of the then creators was searching for spirituality of the community expressed through a synthesis of such form of cultural heritage as symbolism, secession, Old Bulgarian and Byzantine iconography, rituals and folklore embroideries, ancient mosaic. For the constitution of the style “Rodno izkustvo”, the aesthetics of Bulgarian expressionism along with its artistic forms of rhythm and motion had a special significance. The analysis focuses on the theoretical writings by the most important representatives of Bulgarian avant-garde, namely, Čavdar Mutafov, Geo Milev, Nikolai Rainov, Sirak Skitnik and others whose attitude towards the problems of the style highlighted the process of it arising from individual acts to artistic syntheses. In the article, there are also references to the works of the contemporary art historian Dimitâr Avramov. The interdisciplinary research perspective of the article allows the author to indicate the distinctive properties of the avant-garde style of the Native Art, but also to illuminate the intellectual turn in Bulgarian art at the beginning of the 20th century.