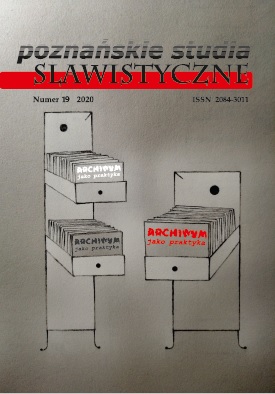 Emil Korytko, a Polish student in Lwów (Galicia, Austrian partition), was arrested on accusations of activity in a Polish independence movement organisation. After over two years long investigation and imprisonment, he was exiled to Ljubljana (Laibach), the capital of Carniola. While living in exile, he collected and studied Slovene folk poetry and the customs of Carniola, thus becoming a pioneer of Slovenian ethnology and at the same time one of the most influential activists of Slovenian national awakening. In Slovenia he is known better than in his native country. In November 2013, the University in Ljubljana (Faculty of Philosophy) organized, in cooperation with the Embassy of Poland in Slovenia, a symposium dedicated to the celebration of the 200th anniversary of his birth, including an exhibition about his life and career, held in the National and the University Library of Slovenia. In June 2019 this exhibition, supplemented by several documents, was held in the Slovenian Parliament as a celebration of the 180th anniversary of Korytko’s death. The bilingual book presented here reflects these cultural celebrations and the current state of knowledge about Polish-Slovenian ethnographer, philologist, poet, and translator.