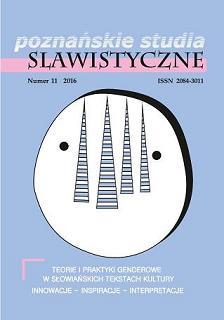 During the 16th century in Dubrovnik (Ragusa), the female voice was rarely heard in public, and women (especially those of higher ranks) were mainly confined to a life within the household. However, a special voice belonged to Marija Gundulić (Maria Gondola), who wrote in Italian about the “defence of the female sex” and discussed female spirit and mind, female nature, and intellect in a dedicatory text to the book Discorsi di M. Nicolò Vito di Gozze, gentil’huomo ragugeo, Dell’Academia de gli occulti, sopra le Metheore d’Aristotele, Ridotti in dialogo & divisi in quattro giornate, by Nikola Gučetić (Nicolò Vito di Gozze) (Venice, 1584/1585). In this paper, I focus on two versions of the text of the dedication. Written in defence of the honour of the woman poet Cvijeta Zuzorić (Fiore/a Zuzzori) and women in general, Gondola criticizes the false morality and hypocrisy of Dubrovnik society, and as such, the first version of this book was censored. The book was published again one year later in 1585, with a revised dedication – one and a half pages shorter. The importance of this work is twofold. In the first place, it is the only written (or at least preserved) work by Gondola. Moreover, it represents the first female voice in defence of women’s rights at the east shore of the Adriatic. Comparing the two versions of the book’s dedication, this paper will attempt to answer questions regarding the importance of women’s authorship, and the important influence of power and censorship in the 16th century Dubrovnik.