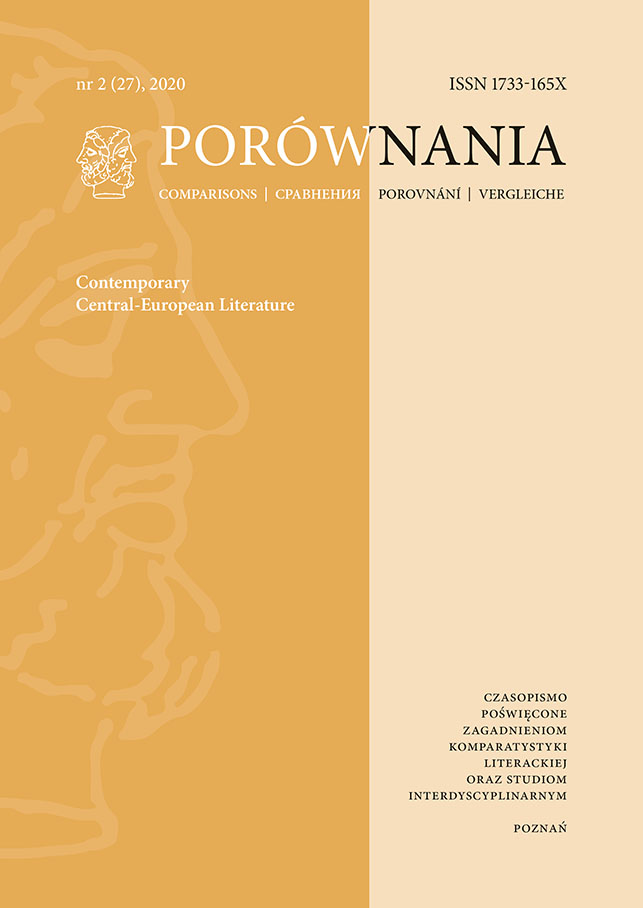 In the Czech literary scene, it is Jáchym Topol who may justly be labelled the author most consumed with Central Europe, one who is constantly attempting to decrypt the message encoded in its scars and wrinkles. His fictional treatment of Central-European themes is preceded by thorough knowledge of both the history and present state of the region. However, Topol is not merely a historian; in his fictionalising he uses a poetic, complex perspective, and arrives thus at a unique expression. Particular recurring figures in his literary work seem to answer in a riddle the questions of present-day Central Europe. First one of those is the biblical image of the field or of the pile of bones. In Topol’s writing, it represents both the systematic violence in Central-European history, and universal onus. The second recurring figure is the figure of a good-hearted headsman. In Topol’s prosaic and dramatic texts, the headsman embodies the ambivalence of the Czech national character, but also its survival strategies. It is intertextually linked to the works of Jaroslav Hašek, and brings the notion “Czechs are a Švejk-like nation” to its absurd, augmented consequences. The third figure which keeps returning in Topol’s work combines the features of a character and of a symbol. It is the figure of Madonna, representing the spiritual dimension of Central European tradition, bound to Christianity. The various Madonnas—the Polish Madonna of Częstochowa, the War Madonna in fictionalised modern-day Russia and eventually the Czech Madonna of Poříčí create the Christian counterworld in Topol’s novels, and signalize the persistent role and presence of spirituality in the region. In Topol’s novel Citlivý člověk it is actually thanks to this Madonna that the whole discourse opens to a new type of perspective.

Klára Kudlová is a Czech literary historian. She studied English, American and Czech philology at the Philosophical Faculty of Charles University in Prague (Ph. D. 2011). She presently works as a post-doctoral researcher in the Department for Research into 20th Century and Contemporary Literature of the Czech Academy of Sciences and lectures on modern literature at the Catholic Theological Faculty of Charles University.E-mail: kudlova@ucl.cas.cz