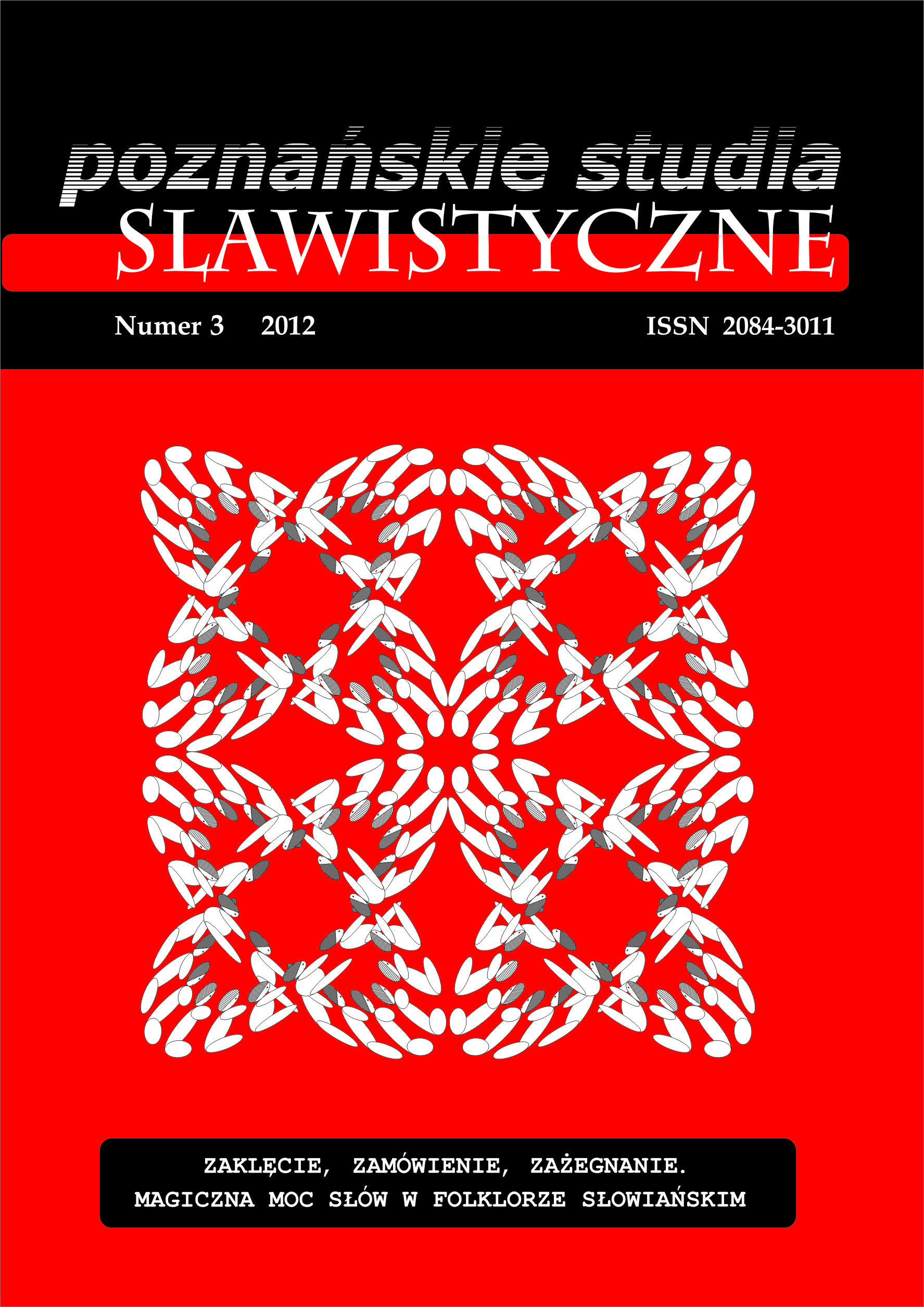 Incantations use the wedding code in order to fulfill the magical function which faces a cure or a protection, demanded by certain people. Thus the wedding code applied to the incantation turns out to be different from the wedding song itself. The phenomena of anti-speech (insults directed to the bride or to the wedding guests) and of inverse reality of the sacred moment  in  the  incantations  become  the  powerful  means  against  diseases  and  evil  spirits. While  modulating  the  wedding  ritual  objects  (wedding  shirt,  wreath,  veil,  flag),  or  ritual actions (giving gifts, repulsing the wedding guests, taking the bride away from her parents’ house), these objects and acts gain a secondary,  magical function that makes diseases and evil  spirits  drive  away.  The  wedding  songs  and  the  incantations  share  the  same  model  of space in which forest and water introduce themselves as the strong boundaries between two worlds:  of  the  living  and  of  the  dead.  While in  the first  case  the  boundaries  are  porous, allowing an interpenetration of both the worlds, inthe second one they remain closed off. The above mentioned genres also share some motifs –of a fast growing girl, hospitality (as well  as  of  an  uninvited  guest)  and  magical  counting.  Furthermore,  the  article  proves  that various  functions  determine  essentially  different  meanings  of  motifs,  ritual  actions  and eventually characters which appear in these folklore genres.