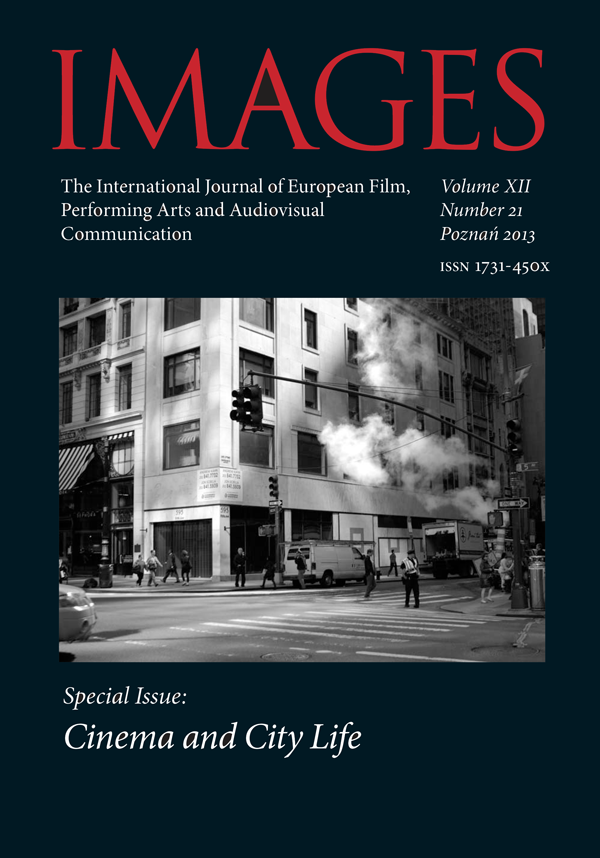 At Warsaw: imaginations and reality. Documentary stories about the capital, its residents and newcomers called “provincial jars”

The author of the article discusses in detail documentary films which provide images of Poland’s capital, its permanent residents and newcomers, called “provincial jars”. She compares prevalent imaginations about Warsaw with the realities of daily life in the capital. The analysis begins with examples from the “black series” of the Polish documentary. In the 1950s, directors like Hoffman, Skórzewski, Karabasz and Ślesicki initiated the trend of recording the “dark side of the city”, though most films from the times of the People’s Republic of Poland showed Warsaw as a wonderful, modern metropolis.

In the 1990s, Warsaw became the symbolic center of a newly developing capitalism. Most of the phenomena associated with this socio-economic transformation can be seen on the streets in this city. Back then, directors like Titkow, Pałka, Sapija and Kędzierski aimed their cameras at central points in the city (the Palace of Culture and Science and the Stadium of the 10th Anniversary), asking residents of the capital, newcomers from the East, and those from the Polish provinces about their situation, views, plans for the future and opinions on Warsaw.

The documentary film Warszawa do wzięcia, directed by Julia Ruszkiewcz and Karolina Bielawska, might be considered a perfect summary of the changes in the image of the Polish capital. In this picture, Warsaw is shown through the eyes of three young girls from a State Agricultural Farm somewhere in the Polish provinces, for whom a trip and work in the capital offered a chance for a change in their fate, but ended in failure.