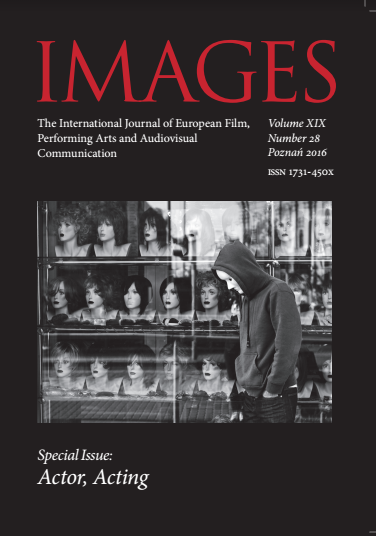 Kołos Sylwia, To Play, To Imitate, To Embody. On Acting in a Biographical Film

What does an actor do in a biographical film? This question may seem inane, or at least less than serious; however, the terms frequently used to describe and assess the actors work in general - to embody a character, to play them, to play a role - suggests the existence of a certain designatum, which is the point of reference for the role. In the case of a fictional story, we may ignore the semantic multivalence of such terms. In a biographical film, however, the existence of a real originator of the role gives additional, almost ontological meaning to phrases such as “embodying a character” or “playing a role”. In my reflections, I use as my starting point the assumption that the actors performance in a biographical film and the “conception of a character” result from two basic components: 1. Interpretation of the role - constituting a proposal to analyse the heros character. It is usually supposed to extract more profound meanings and senses out of the biography. To put it more simply, the interpretation of the role is supposed above all to help the viewer to answer the question of who the hero was (what they were like) and why? 2. Adaptation - this includes the physicality of the character: their appearance, body language, facial expressions, voice (the tone, modulation, accent, phrasing, dialect - if the authentic person used one, etc.) In my article I try to answer the questions: Where should we seek the essence of biographic acting? How can we avoid exaggeration and falsehood, which could kill the role?